Water and carbon may be… universal. 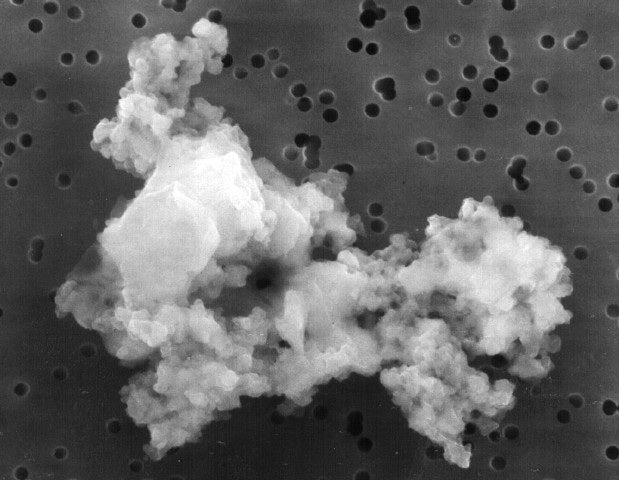 The grains of dust prevalent throughout the cosmos could carry with them molecules of water, according to a new analysis. They carry molecules of carbon, too, New Scientist reports, meaning the things that are necessary for life could be common in the universe. Somewhere out there, space dust may be bombarding an alien planet with the ingredients of life.

The new analysis, published in the Proceedings of the National Academy of Sciences, describes how solar wind could work on interplanetary dust particles to make water. The solar wind that streams off the sun—which reaches far past our own solar system and which some other stars produce—is mostly made up of charged hydrogen ions. Meanwhile, cosmic dust often contains oxygen. Together, the two could create hydroxyl (-OH) and water (H2O). Labs have recreated this chemical reaction, but this is the first time astronomers have found bits of water in actual space dust, New Scientist reports.

Check out _New Scientis_t for more on what this does, and doesn’t, mean for how water may have arrived on an early Earth. And if you’re interested in the super-precise methods astronomers used to detect this water, check out The Conversation.