A Solar-Powered Drone Designed To Fly For Five Years Nonstop

Titan Aerospace will test a drone that could track hurricanes, spot pirates, and more. 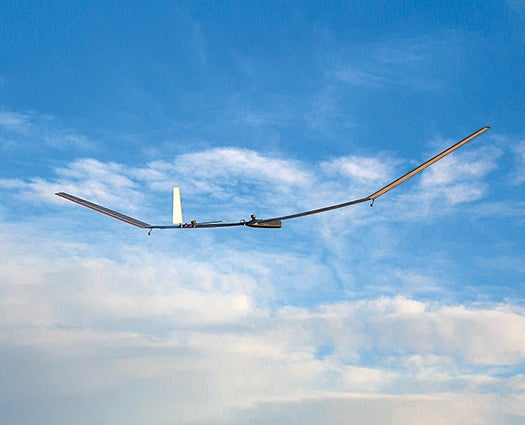 If a drone never had to land, it could track hurricanes, spot pirates and smugglers, follow animal migrations, and even act as an auxiliary GPS. In essence, it would be a geostationary satellite without the expense of going to space. Later this year, the company Titan Aerospace will test a drone that could do just that. The Solara 50, named for its 50-meter wingspan, will fly at 65,000 feet—above most other aircraft and above weather that could disturb its flight and block the sun, its source of power. Titan will market it as an “atmospheric satellite.” 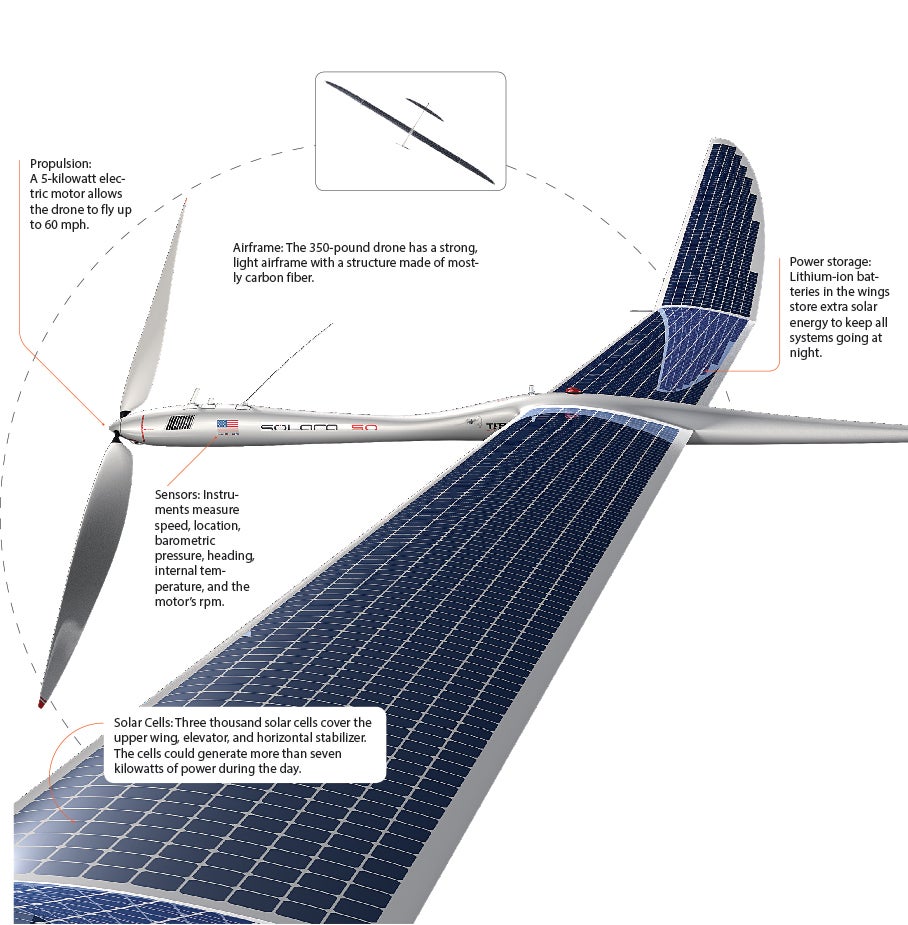 Don’t believe us? Watch the video below.