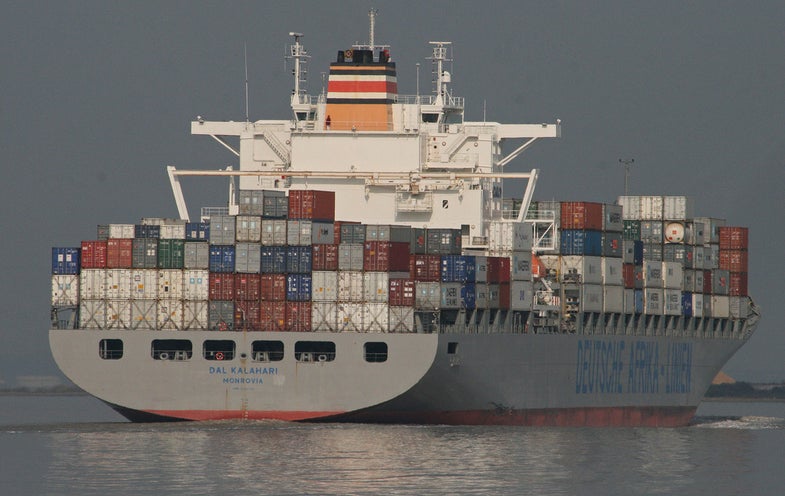 Physics says that if two particles are entangled on a quantum level, they are permanently linked — a change in one particle will instantaneously affect the other one, no matter the distance between them. That’s something that could be fantastic for quickly transporting information across vast distances … but only if we can figure out how to use it.

Scientists (and corporations) are already building working computers that rely on quantum entanglement. Now one of the biggest challenges for quantum computing is distance. Unlike our current computing networks, which swiftly move information across thousands of miles via super-speedy cables, quantum computing doesn’t have the same reach yet. The longest distance over which information has been transferred via a quantum network is just 300 kilometers, which might someday be enough for conveying information around a city or region, but not really enough for international quantum computing–especially across an ocean.

Now, scientists think they might have found a decidedly old-fashioned way to solve the ocean problem. The solution is already in use at ports around the world: the humble container ship. Scientists writing in a paper posted to arXiv.org have proposed using shipping containers to transport critical parts of a computing network from one side of the ocean to the other. The container ships will function kind of like a Pony Express, but instead of carrying messages, the cargo will be slightly different: they’ll be moving quantum objects.

The quantum objects might be made of diamond or silicon, and they would be entangled with other particles in a similar object across the world. While the quantum objects themselves won’t take up much space, keeping them stable (so that people can actually recover the information) is a big challenge. The objects that we have so far can only keep the particles secure for short periods of time and at really chilly temperatures, so refrigeration and support infrastructure would take up the rest of the shipping container.

In the weird world of quantum computing, the objects won’t contain the information itself. Once the containers get to their destination, the objects can be used to instantaneously transfer the information stored in qubits from the paired object on the other side of the world.

Other researchers are working on building repeaters that can keep all the entangled particles intact over long distances, but they tend to be really finicky machines—and on the seafloor, if something went wrong, repairing them would be extremely difficult and impractical. Enter the cargo ship, which is large enough to store the massive amounts of equipment, and relatively accessible for repairs.

With the cargo method, the lag won’t be in the information transfer, just in travel time—how long it takes for the container ship to get from one side of the ocean to another.

In an age when transportation only seems to be getting faster on a personal delivery level, with same day and drone delivery on the rise, cargo shipping can seem like it moves at a snail’s pace. (Travel time on container ships has slowed considerably in recent years out of a desire to cut greenhouse gas emissions, and is similar today to the speed of vessels back in the 1900’s.) In this case, hauling the quantum objects across the ocean could take weeks. But until scientists develop the equivalent of underwater telegraph cables for quantum computing, cargo ships, even with their slow pace, might be the missing link in a growing technological field.

For the rest of us, transporting information via traditional hard drives (spy cape and aluminum briefcase optional) is going to be a more practical option.