Sewer Sensors Detect Homemade Bombs As They’re Being Made

Picking up on bomb ingredients after they've been flushed down the drain. 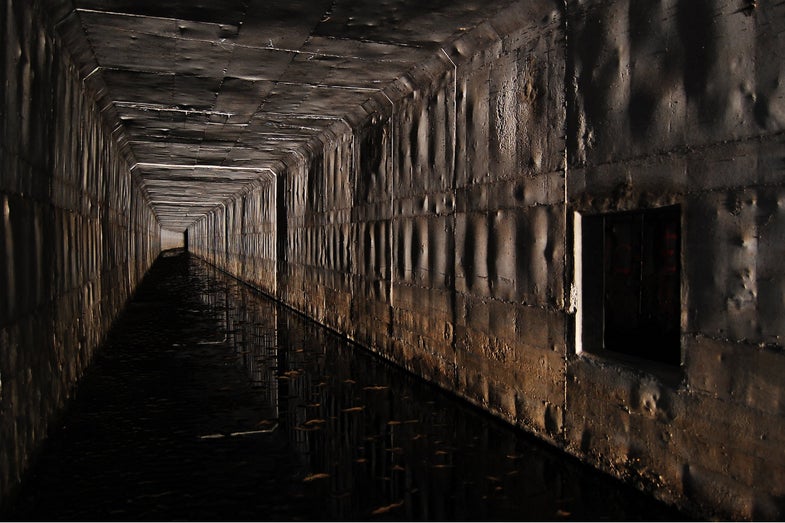 Could the secret to finding illicit explosives labs before they harm anyone be hiding in a city’s poop? A European Union-funded research project spearheaded by the Swedish Defense Research Agency FOI aims to sniff out the telltale signs of bomb-making through the sewer system.

EMPHASIS plans to take a two-pronged approach to finding explosives while they’re still being assembled. It would position sensors throughout sewers to alert authorities when traces of chemicals used to make explosives get flushed down the drain, while different sensors above the ground monitor for elevated amounts of gas byproducts of the bomb-making process in the area. Together, this data could help police find explosives while they’re still being manufactured. The team behind EMPHASIS announced earlier this month that the sensors had proved successful in lab tests, and will be put to the test in actual sewers next year.

Scientists have previously looked into sewer sensors as a way to examine drug usage on a city-wide level. Poop! It holds so many of our secrets.