The Kepler space telescope, famed for its exoplanet discoveries, gets a new mission after equipment troubles put it out of commission last year. After five years’ work, and a disappointing mechanical failure, NASA’s exoplanet-hunting Kepler telescope is moving into the second phase of its career.

Since its launch in 2009, Kepler has helped scientists discover thousands of alien worlds, including planets with two suns, co-orbiting planets, and many potentially habitable planets. But the telescope suffered a setback last May, when two of the four wheels that control where it points stopped working. In August 2013, NASA announced it would not be fixing the wheels. Instead, the agency put out a call for proposals. It asked scientists to come up with a new mission that Kepler could accomplish. After all, the craft was otherwise working well and had plenty of fuel.

A few days ago, the Kepler team announced it received approval for a “K2” mission. During Kepler’s second life, the spacecraft will continue to look for exoplanets. Engineers will align the telescope, in part, using pressure from photons from the sun. Approximately every 83 days, Kepler’s keepers will have to realign the telescope so that the sun doesn’t shine into it. During the 83-day observing campaigns, Kepler will look at a particular band of sky in what’s called the ecliptic plane. NASA published this graphic explaining how K2’s alignment will work: 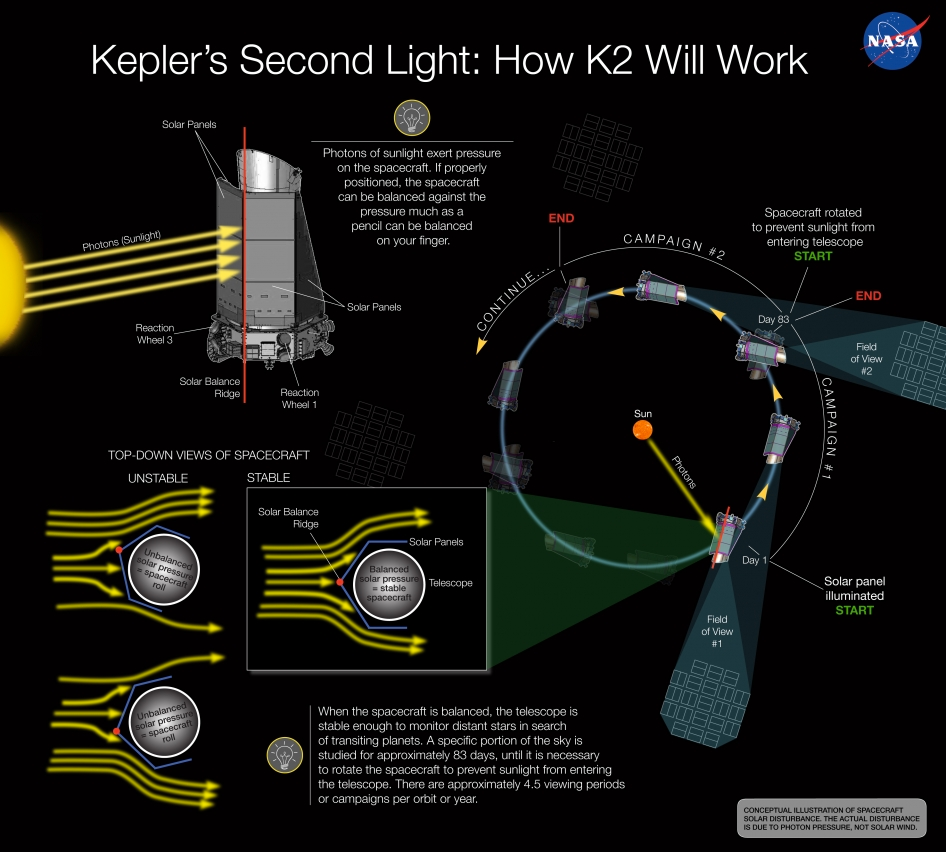 Kepler is scheduled to begin gathering data again on May 30. It has funding now for two more years of work. Overall, it costs $18 million a year to operate and crunch its data, Space.com reports.