Five of the six Curiosity papers published yesterday required a subscription to read, but one scientist thought that because they were NASA-funded, they should be free. So he posted them on his own blog. 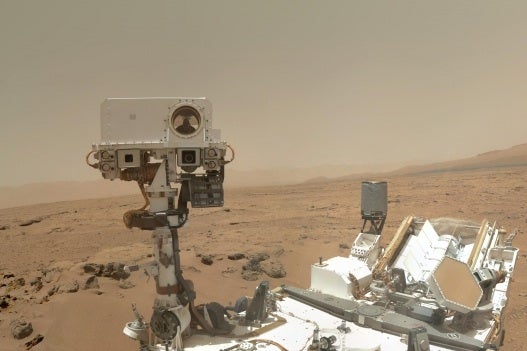 Liked reading about all the science published yesterday from NASA’s Curiosity mission? We made sure to include links to all of the original papers, so you could learn more.

Maybe, though, if you tried following one of those links, you found a page asking you to sign into Science. That’s because five of the six Curiosity papers published yesterday aren’t free for the public to read. Any would-be readers need to pay $20, or they need to be part of an institution, such as a university, that pays for yearly subscriptions to Science.

Michael Eisen, a biologist at the University of California, Berkeley, who was not involved in the Curiosity research, didn’t think this was fair or legal. Curiosity’s funding came from U.S. taxpayers, he argued in a blog post, and U.S. laws say government work isn’t subject to copyright. Most, although not all, of the scientists involved in writing the Curiosity papers were federal employees.

So Eisen has posted PDFs of all five Science papers on his blog. We assume he got them through Berkeley. You can read them there for free.