This suit helps out with the heavy lifting 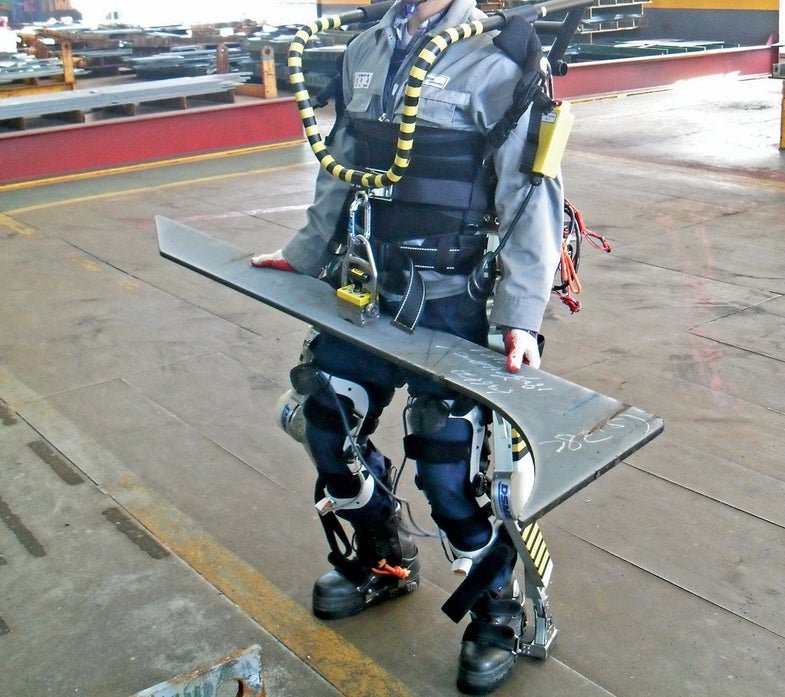 The South Korean company Daewoo Shipbuilding and Marine Engineering is trying out something new: equipping workers with robotic exoskeletons. Workers are only testing prototypes for now, but future shipbuilders might strap on exoskeletons as easily as they don hard hats.

The exoskeleton fits workers who are between 5 feet 2 inches and 6 feet tall. It weighs almost 62 pounds, but thanks to its hydraulic joints and electrical motors, the suit supports itself. It has a three-hour battery life and can help workers lift up to 66 pounds.

Daewoo’s lead engineer on the project says they ultimately want a suit that can carry 220 pounds, to turn the taxing task of moving heavy objects into almost effortless work. There are other hurdles to overcome–for example, the suit is hard to use on slopes or slick surfaces. If the suit can overcome those challenges, there’s a bold future of wearable robots ahead.