A recently discovered bacterium thrives in the cleanest places on Earth—where spacecraft are assembled. 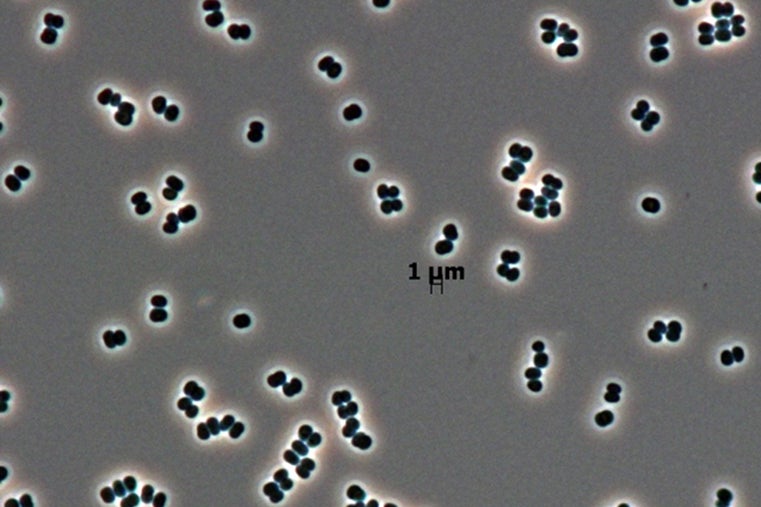 Tersicoccus phoenicis is no ordinary microbe. This rare bacterium can withstand chemical cleaning, ultraviolet rays, and a dearth of nutrients to live in some of the most sterile places around: the cleanrooms that space agencies like NASA and the European Space Agency keep as clean as possible to prevent Earth’s bacteria from hitching a ride into space.

First collected by NASA from the floor of a cleanroom at the Kennedy Space Center in Florida during the launch preparations for the Phoenix Mars Lander, Tersicoccus has also been found in an ESA spacecraft cleanroom in French Guiana.

These cleanrooms are home to fewer microbes than anywhere else on Earth. Only a few hundred survive the sterilization treatments. Occasionally, scientists find microbes that exist solely in one cleanroom, and nowhere else, yet this is the first bacteria to be found in two separate spacecraft cleanrooms, 2,500 miles apart, but nowhere else on Earth. The berry-shaped Tersicoccus phoenicis is so unlike the usual bacteria we know and love that scientists classified it as an entirely new genus. 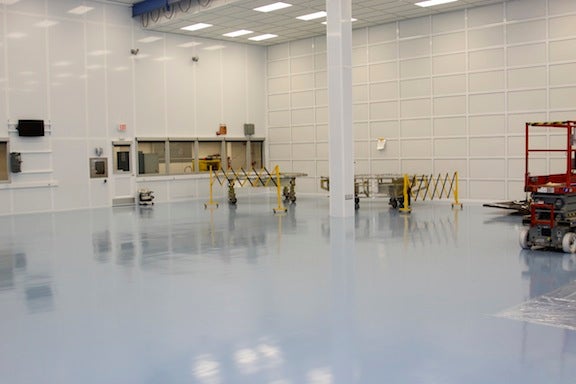 This NASA cleanroom at the Goddard Space Flight Center in Maryland will be used to assemble spacecraft for 2014’s Magnetospheric Multiscale (MMS) mission.

Just because we haven’t found this weird little guy elsewhere doesn’t mean it doesn’t exist in nature. “We find a lot of bugs in clean rooms because we are looking so hard to find them there,” says Parag Vaishampayan, a microbiologist at NASA’s Jet Propulsion Laboratory who described the microbe in the International Journal of Systematic and Evolutionary Microbiology. “The same bug might be in the soil outside the clean room but we wouldn’t necessarily identify it there because it would be hidden by the overwhelming numbers of other bugs.” He says Tersicoccus phoenicis could live in caves or deserts, where it could survive on almost no nutrients, as in the cleanrooms.

Knowing what bacteria can survive in cleanrooms becomes important once the spacecraft assembled there starts looking for microbes outside our planet. We wouldn’t want to think we’d discovered life on Mars, only to have it be a regular old Earth bacterium that hitchhiked a ride on Curiosity.