Possibly The Sexiest Bluetooth Speaker Yet

Do you hear that? 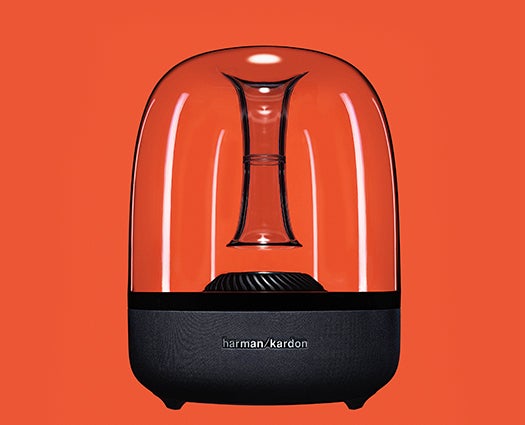 For all their engineering, speakers are mostly just formless boxes—eyesores that we shove into corners and forget about. The Harmon Kardon Aura is one that even the most design-conscious can proudly plop in the middle of their living rooms. Engineers molded the six-driver Bluetooth speaker into a retro-futuristic dome that evenly distributes audio 360 degrees. A 30-watt subwoofer fires up into the dome, which radiates the bassline up, out, and into the room—instead of into the floor. Interior LEDs sync with the music to draw a little extra attention.