Police Departments Are Having Charities Buy Their Surveillance Equipment

Private funding is the easiest way for law enforcement to keep up -- but it may be spinning a web of conflicting interests. 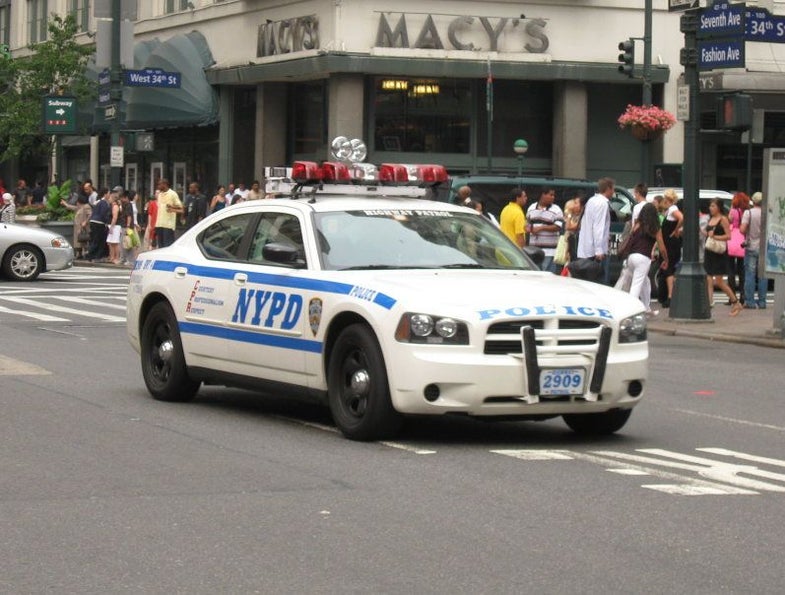 Not everyone is happy that police departments nationwide have branched out to NSA-style surveillance, collecting vast stores of ordinary citizens’ digital information to mine for future investigations. But lengthy public debate hasn’t stopped law enforcement from following in the agency’s notorious footsteps. According to a new ProPublica report, police have kept years of controversial surveillance upgrades virtually off the books by soliciting millions of dollars of equipment as “gifts” from private charities. Authors Ali Winston and Darwin Bond Graham write:

Winston and Graham found that departments have been quietly upping their supplies of “spy gear”—ranging from cell phone trackers to the data mining software “not” behind the PRISM scandal—for years. And they’re not the only ones using the equipment: many banks also use software developed by CIA-backed Palantir Technologies, and repo men have found license plate readers extremely helpful. But when some of America’s largest municipal police forces arrange to receive the technology as “gifts” in a way that sidesteps oversight, it’s a bit more contentious.

By working outside of government funding, police departments can get controversial new technology without going through the usual, lengthy approval process. Officials argue private funding makes sense when budgets are tight. But while they avoid public debate, law enforcement agencies become reliant on the private donors that fund the respective foundations, opening the doors to conflicts of interest. Winston and Graham found numerous businesses that gave thousands of dollars to the New York City and Los Angeles police foundations before securing multi-million dollar contracts with either police department.

While they uncovered no direct evidence of foul play, the net result is communities that don’t realize the degree to which they’re being watched — or who paid to make it possible.

Read the full report at ProPublica.