To win the war, it first helps to see the battlefield. 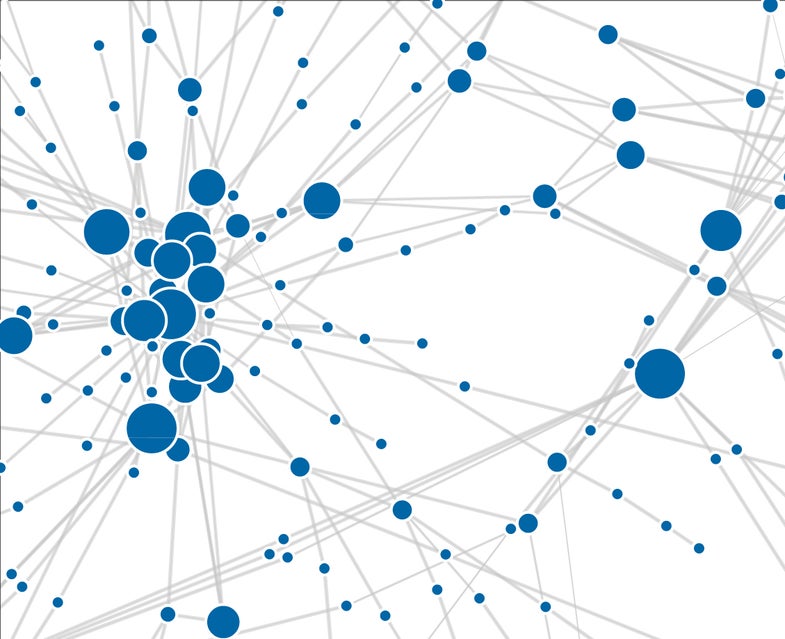 Inside the goggles is a world that DARPA hopes is intuitive to future cyber warriors. To me, it looks more like a tangle of wires, the Oculus Rift showing in three dimensions a layer cake of nodes with connections between them and hard boundaries on the outside layers. This is one possible set-up for “Plan X: Cyber Foundational Warfare,” a DARPA project that wants to visualize cyberspace so that when war is fought there, America has an easier time of winning it.

Through the Oculus display, I saw nodes grouped by rule. These included hard rules, like an impassable boundary where the option couldn’t take place. Frank Pound, the Plan X program manager, explained that such rules could include legal barriers. For example, “a senior officer could say that, for this mission and because of treaties, we can’t use any routers in France,” and so the PlanX display would exclude them, making tangible limits devised under law. Here rules just won’t be built in during a mission, they’ll be tested, first, in a wargame simulation, so the team can know if the mission is possible with the given constraints.

Visualized constraints are only part of it. The rest is a menu of responses, coded into tablet gestures or Oculus Rift controls, whereby a “cyber grunt” (Pound’s phrasing) could respond to an attack and unleash approved, coded responses.