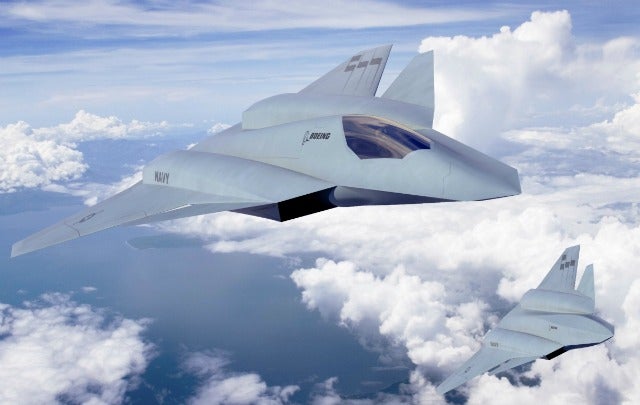 The Department of Defense wants future generations of fighter aircraft to come with copilots already installed. According to the U.S. Naval Institute, both the Navy and the Air Force want their next generation air superiority fighter to have Artificial Intelligence. From USNI:

The F-X is a fighter concept in development to replace the Air Force’s current top dog, the stealthy F-22 Raptor, which is designed to outfight any other plane in the sky. However, the Raptor is expensive to produce, and it also suffered in some test dogfighting scenarios. Adding AI could free the pilot’s mind to focus more on fewer tasks, giving them a cognitive advantage in battle.

Boeing’s Phantom Works are developing the F/A-XX Advanced Navy Strike Fighter to replace their own F/A-18 Super Hornet (or, more accurately, to replace the F-35C, which will replace the F/A-18 Super Hornet). It’s based on aircraft carriers, which are notoriously challenging to land on. The Navy’s own X-47B experimental drone has landed on an aircraft carrier successfully and autonomously, so adding a computer co-pilot to a naval craft could help there too.

Bringing the artificial intelligence inside the cockpit is one major way robots will fly alongside humans in fighters of the future — but it’s not the only one. Last month, the Navy’s X-47B flew in formation with the F/A-18 Super Hornet, with robots and humans teaming up in separate vehicles. By the 2030s, humans with robot copilots could fly alongside robots remotely controlled by humans.