A Pacemaker Powered By Heartbeats

We heart this idea 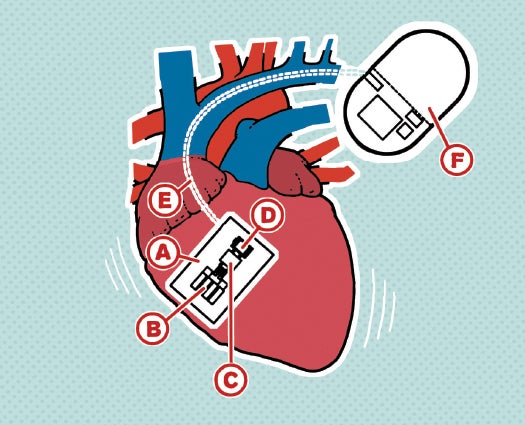 A pacemaker’s battery needs to be swapped out about every five to eight years, requiring surgery. Engineers are now working on a device that converts the mechanical energy of a beating heart into electrical energy and could last indefinitely. A prototype tested in farm animals has generated a microwatt of power, enough to keep a pacemaker going.

Source: John A. Rogers, professor of materials science and engineering, University of Illinois at Urbana-Champaign