Ending its career as planned 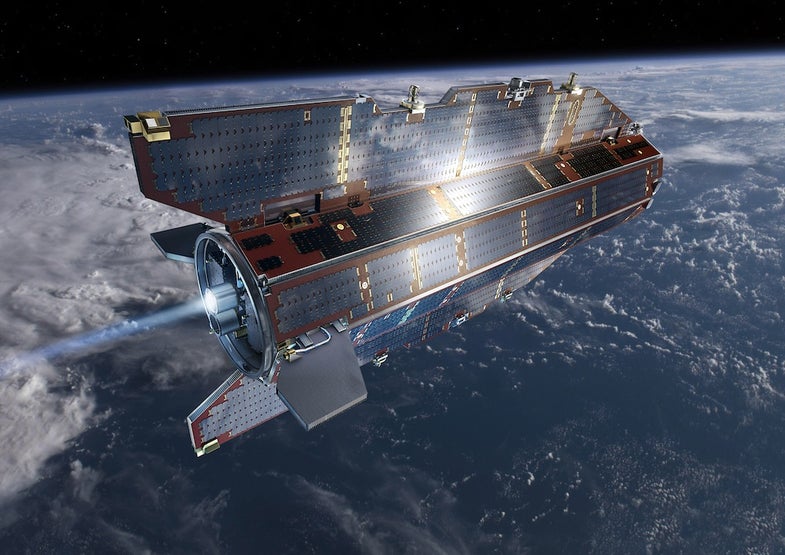 A one-ton European Space Agency satellite finally plunged to Earth on Sunday. Dozens of charred pieces of it—the largest pieces could be 200 pounds—likely landed in the Atlantic Ocean near the Falkland Islands. One Falkland Islander even snapped a photo of the incinerating satellite as it streaked down the sky.

The agency originally didn’t know when, exactly, the satellite would return to Earth, The New York Times reports. Nor could it have predicted where the spacecraft’s remains would land. But this is actually normal for many satellites. Since people began sending things to space, an estimated 15,000 tons of debris has fallen to Earth. None has caused any injuries, although there is always a tiny chance, The New York Times reports.

The Gravity Field and Steady-State Ocean Circulation Explorer, or GOCE satellite, completed its mission of mapping Earth’s gravity in 2011. Such data help scientists understand the topography of the ocean floor, water circulation in the oceans, and sea-level rise. Just before it finished it mission, GOCE also recorded sound waves from the earthquake that hit Japan in March 2011.

GOCE was designed to take an uncontrolled fall to Earth when it ran out of propellant, but it ended up using less propellant than anticipated, and thus stayed in orbit longer planned. It finally ran out of fuel October 21. On November 6, The New York Times was reporting that GOCE engineers estimated it would land on November 10, or perhaps early in the morning November 11.