The Organization for the Prohibition of Chemical Weapons, a group few have heard of, was just awarded the 2013 Nobel Peace Prize. It's well-deserved. Here's who they are. 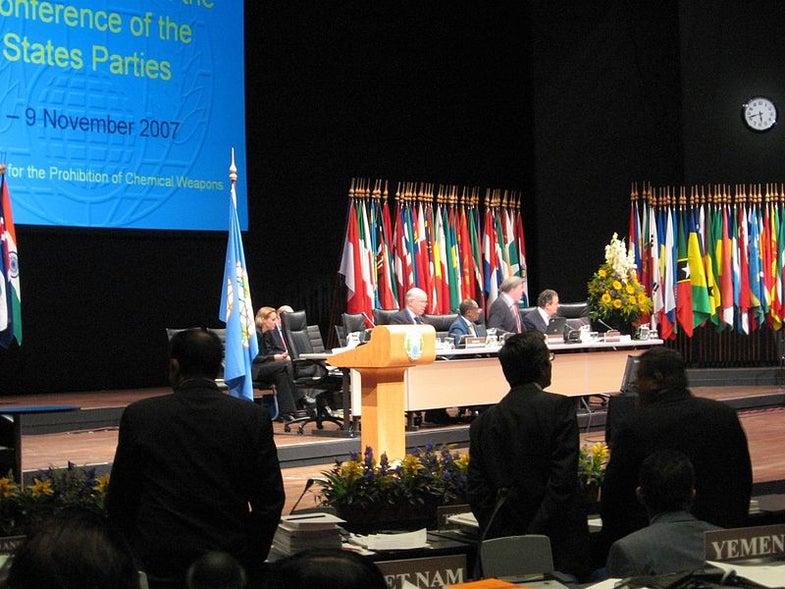 The Nobel Committee announced today that this year’s Nobel Peace Prize will go to a group few outside the world of international security have heard of: the Organization for the Prohibition of Chemical Weapons (OPCW).

The OPCW is an intergovernmental organization based in The Hague, structured a bit like the U.N.–made up of member states that have equal voting rights. (It’s not actually part of the U.N., though the two groups do necessarily cooperate on projects.) The organization’s aim is to destroy chemical weapons in accordance with the Chemical Weapons Convention, an international decree which prohibits the use and the possession of chemical weapons.

The group came to slightly more prominence in recent years thanks to its work in Syria. The Syrian government used sarin gas against its own citizens in August, killing an estimated 1,000 people. The OPCW was responsible for eliminating Syria’s cache of chemical weapons, mostly through negotiation and confiscation. Syria was more inclined to negotiate with the OPCW than with other governments; the OPCW has no national alliance and no agenda besides the stated destruction of chemical weapons.

You can read more about the Nobel Committee’s choice here.