Lasers that scan for people on tracks might just save a few commuters' lives. 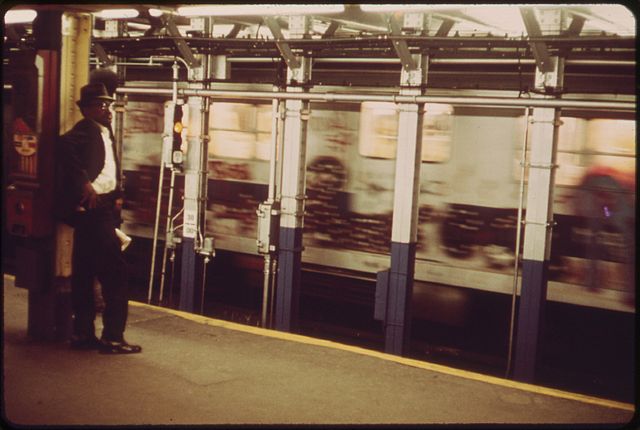 In December of 2012, Ki Suk Han was fatally pushed onto the train tracks at Manhattan’s 49th Street subway station. The New York Post rain a picture of Han on its front page, showing him moments before death, clinging to the edge of the platform as the arriving train barreled towards him. A new safety feature, which will be tested discreetly in one New York subway station, may help prevent future deaths like Han’s.

Key to saving a person who’s fallen onto subway tracks is detecting that they are there, and getting that information to train drivers as fast as possible. The Metropolitan Transit Authority (MTA), responsible for New York’s subways, is testing multiple sensors for the tracks. These include motion-sensor lasers, video-analyzing software, and infrared cameras. Whatever the sensor used, if it detects a body on the tracks, it will send a signal out to oncoming trains that stops them from pulling into station.

Given that the MTA has $250 billion in debt, the implementation of such a system may be challenging. But even unimproved, subways remain a very safe way to travel, about 17 times as safe as driving a car. And in 2011, people killed by subways accounted for just one quarter of one percent of all traffic fatalities in the United States. It’s exciting that the MTA is working on a way to reduce subway deaths to an even lower level (and they are using lasers to do it!). But given that 35 percent of all traffic fatalities in 2011 involved cars, 25 percent trucks, 13 percent motorcycles, and 13 more percent pedestrians struck by motor vehicles, perhaps the money and time might be better spent, and might save more lives, if it goes instead towards making streets safer for pedestrians, bikes, and even cars themselves.