Earth's gravitational forces will give it a much needed boost on its way to the fifth planet. 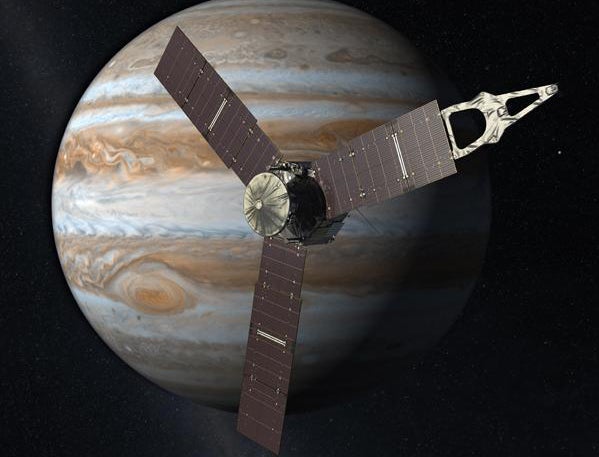 Today, NASA’s Jupiter-bound Juno spacecraft is set to swing by Earth for a “gravitational slingshot” that will propel it on its way to the fifth planet at speeds of up to 165,000 miles per hour. “It’s the energy of an extra rocket launch, without the extra rocket,” as NASA puts it.

It’ll also give the Juno team a practice run to test its operations before the spacecraft arrives at Jupiter in July 2016. At its closest point, it’ll be within 350 miles of Earth, visible to the naked eye—for those in South Africa. Juno’s camera, aptly named the JunoCam, is on board take pictures of Jupiter’s polar regions, but will also snap a few pics of Earth and the moon as it flies past.

Ham radio operators around the world will be sending a coordinated Morse code hello to Juno as it goes by carrying nine scientific instruments designed to try to peek beneath the gas giant’s cloud cover, plus three special Lego Minifigures on board: the Roman god and goddess Jupiter and Juno, and Galileo.

Luckily, the government shutdown hasn’t imperiled this mission, though the Twitter streams for NASA and the Jet Propulsion Laboratory (which is managing the mission) will be uncharacteristically silent about it.

The Slooh observatory will broadcast the flyby starting at 9:30 p.m. Eastern tonight.