The result could be a boom or a sizzle. 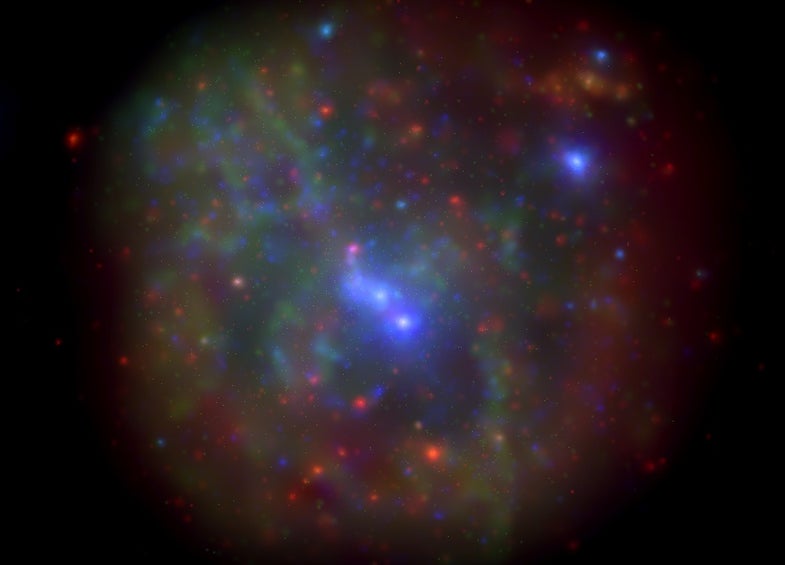 Astronomers expect a mysterious gas cloud to cross paths with the black hole at the heart of the Milky Way galaxy in the next few months. Then, one of two things could happen. The cloud could plunge on in, throwing off intense X-rays as it goes. Or, if the cloud contains a star that astronomers cannot currently see, the star will pass by unaffected, while some of the cloud enters the black hole less spectacularly.

The Michigan team posts its Swift data online daily, so other scientists can know right away once G2 impacts Sagittarius A*. They sound pretty excited about the whole thing. “Everyone wants to see the event happening because it’s so rare,” Nathalie Degenaar, the lead scientist in the Swift monitoring project, said in a statement. She and her colleagues presented their work so far on Sagittarius A* at the annual meeting of the American Astronomical Society.