A Marshmallow Launcher To Hit Your Sweet Tooth

Four engineering students built a cannon that aims the spongy confection at faces. Thank you, science. 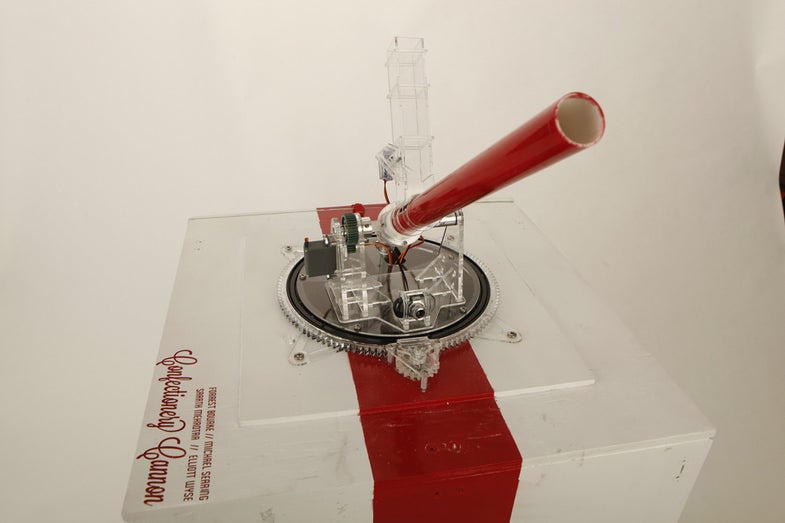 What happens when you give four college students $250 and three months to make something for an engineering class? They build an auto-reloading cannon that blasts Jet-Puffed Marshmallows into the air and toward people’s faces.

A team of Olin College students designed the face-tracking Confectionery Cannon after initially trying to recreate the Popinator, a voice-activated popcorn launching machine that is triggered by the word “pop.” But due to challenges stemming from popcorn’s inconsistent size and shape, the cohort of student engineers decided to go with a squishier route: the marshmallow.

The pneumatic Confectionery Cannon boasts a reloading mechanism that can fire six marshmallows in less than 10 seconds. To calculate the distance to a target, a webcam detects how far away a person is by the size of their face.

Check out the video above to watch the marshmallow-launching bazooka in action, and visit the cannon’s website for more information on how the team engineered this Willy Wonka dream machine. 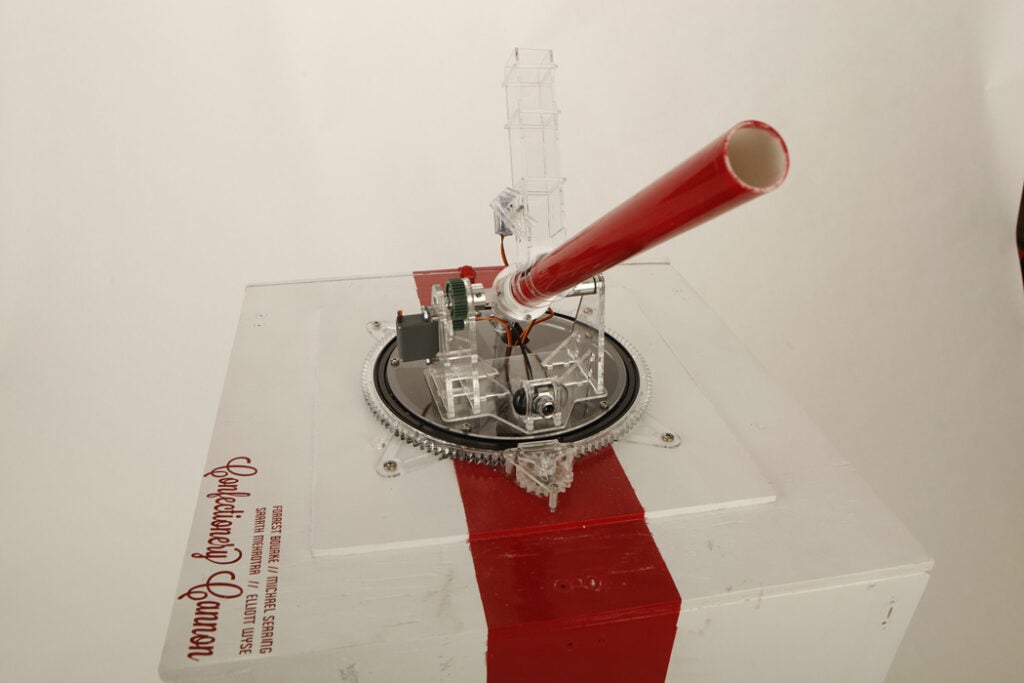