E.T., phone home with these lessons. 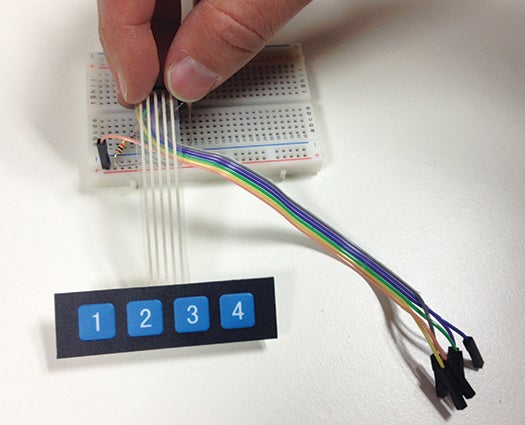 In a warehouse on the edge of Hoboken, N.J., Andy Fundinger teaches students of all ages a fundamental lesson: how to call home. It’s one of several guided workshops at MakerBar, the hackerspace where Fundinger works, and part of the “Raspberry Python” instructional series. Pupils learn to build projects with a Raspberry Pi minicomputer and Python, a versatile programming language that powers apps, videogames, and more. Popular Science recently took a seat at MakerBar, pulled out a laptop and Raspberry Pi, and started tinkering with Fundinger. Have to skip class? Study our notes.

MakerBar provides tools and parts, help with coding, and a well-equipped workspace. For its call-Mom-button class, students need bring only a Raspberry Pi and laptop.

Students plug an SD card into a Raspberry Pi and link the minicomputer to their laptop. Next, they sign up for an online calling-and-​texting service and connect the Pi to the Web.

A six-wire ribbon cable connects to a Raspberry Pi’s pins at one end and a breadboard at the other end. A strip of four buttons links to the Pi through the breadboard.

Using Python, students program the Pi to call home, text a family member, and even play a recorded message at the push of one of the four buttons.

WARNING: Unplug a Raspberry Pi before attaching anything to its pins. You could fry its circuitry if you’re not careful!