A whole new kind of audience 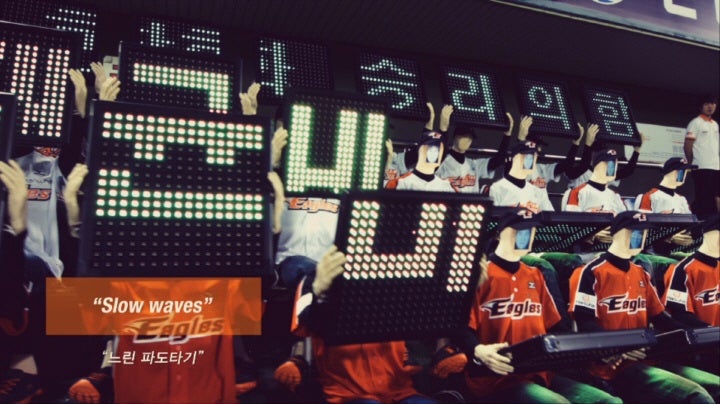 Telepresence Robots Do the ‘Wave’ by Holding Up LED Signs

The Hanwha Eagles of Daejeon, Korea, have been on a long losing streak, the BBC reports… but they are winners in our hearts here at Popular Science. That’s because they have decided to amp up their fans by giving them access to three rows of telepresence robots. Not able to score a ticket to an Eagles game? No problem. These robots will be able to cheer, chant, show the faces of remote fans on their own screen faces, and hold up LED panels showing encouraging texts from fans.

I mean, that’s exactly what I would have thought of if I were trying to drum up support for a baseball team. Go Eagles!