Chilling the need for diesel-powered refrigeration 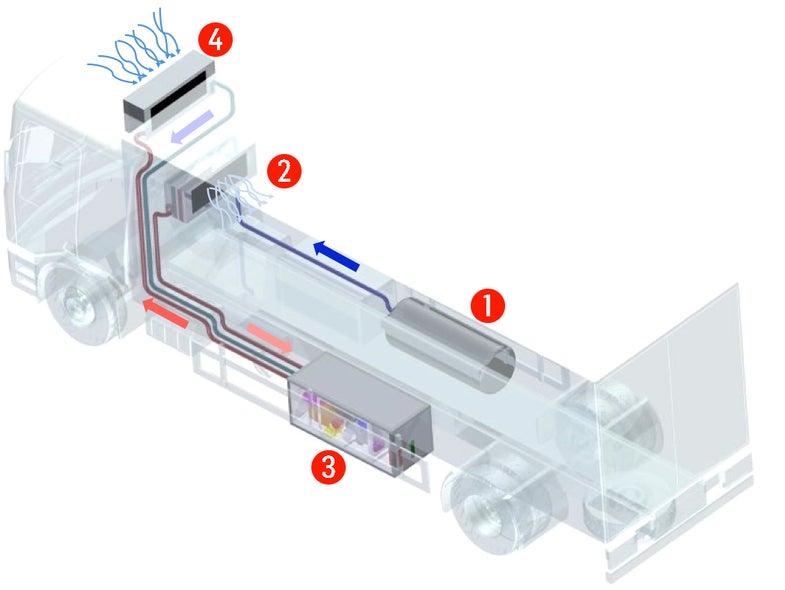 Right now, as many as 250,000 semi-trucks are hauling refrigerated trailers full of frozen foods, fresh vegetables, and other perishable goods along U.S. roads. Yet such vehicles burn about 25 percent more fuel than unrefrigerated trucks.

At fault is what industry buffs call forgotten polluters: auxiliary “donkey” engines that chill a trailer’s cargo and cumulatively emit unknown tons of carbon and pollutants each year.

In attempt to curb fuel consumption and reduce pollution—especially in developing countries, where consumer demand is driving a rapid increase in the number of refrigerated vehicles hitting roads—inventor Peter Dearman has developed a cryogenic engine system. Dearman’s contraption absorbs the heat of goods inside a trailer with liquid nitrogen, boiling the liquid, and then uses the expanding gas to power devices that further chill cargo.

A fully functional prototype is scheduled for road testing in the United Kingdom this July. If all goes as planned, Dearman says the industry might soon kick the need for donkey engines.

1) Factories compress air into a -321°F liquid. (Ideally, renewable energy drives this process to create a carbon-neutral, zero-emission cryogen.) The liquid air is pumped into a Dearman-refrigerated truck’s storage vessel for about 62 percent the cost of diesel fuel, and a full tank provides about eight hours of operation.

2) The ambient heat of cargo boils the liquid air back into a gas. The super-cold air moves through a heat exchanger, providing about two-thirds of a truck’s refrigeration capacity.

3) The pressurized air feeds into the Dearman engine to drive pistons that power fans and a compressor.

4) The compressor chills a refrigerant, which pumps to a second heat exchanger and provides the remaining one-third of refrigeration capacity. The system is estimated to harness about 40 percent of the energy used to liquefy the air as it boils into a gas—roughly the same efficiency as a diesel-fueled engine—yet it emits only cold air.

This article is a web-only story accompanying the May 2014 issue of Popular Science.