How Would You Do On The Supposedly Smarter SATs? (Updated)

The dreaded college entrance exam is getting revamped. Take our quiz to see how the new questions stack up against the old. 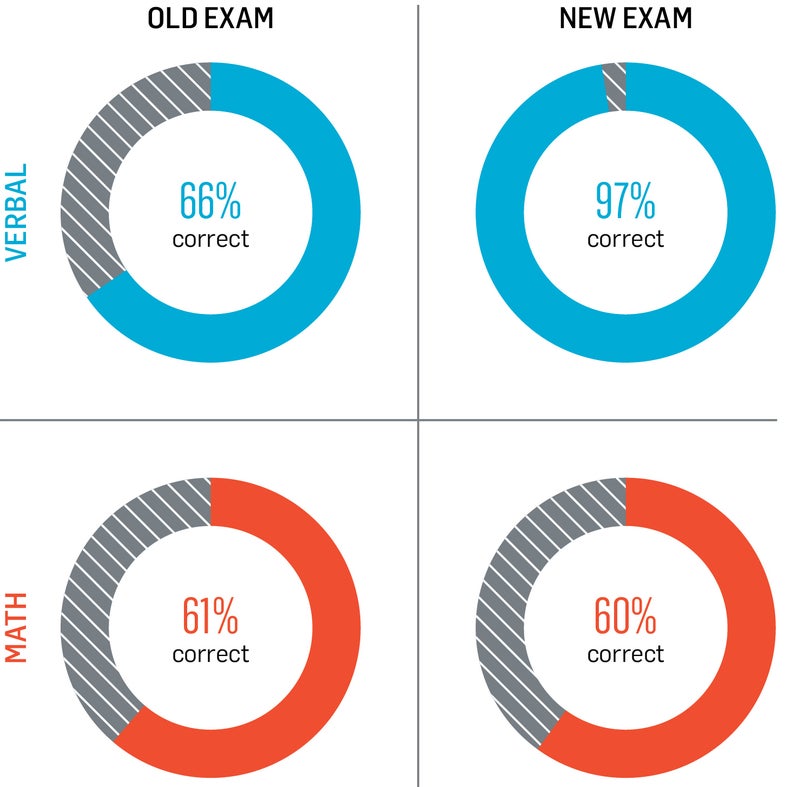 The charts above show how 310 readers did on our highly abbreviated SAT exam. The quiz included a verbal and a math question from both the current exam and the forthcoming redesign. Nearly a third of the respondents aced it, getting all four right. Send those folks diplomas! 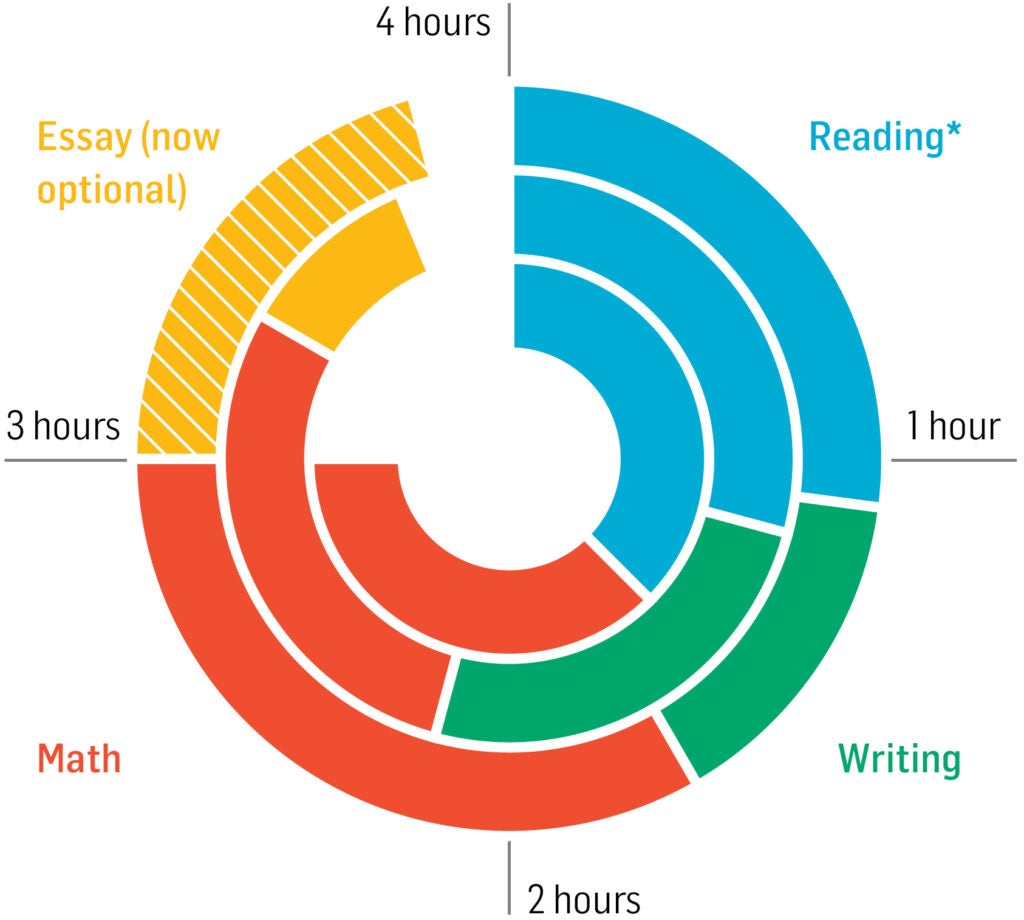 A Test Of Mental Endurance.

The new SAT is the longest yet—stretching to 3 hours 50 minutes with the optional essay. Here’s how it compares to the existing test (middle ring) and the pre-2005 version (inner ring).

In spring 2016, teenagers worldwide will encounter a new­ college entrance exam. A major difference between the existing and redesigned tests is is how questions are framed. The College Board, which administers the SAT, tasked its assessment team with creating questions that shift the emphasis from rote memorization to skills that are taught in the classroom.

This article originally appeared in the November 2014 issue of Popular Science.