How U.S. Special Forces Fit A Bridge In A Backpack

By making a modular bridge that weighs 27 pounds. 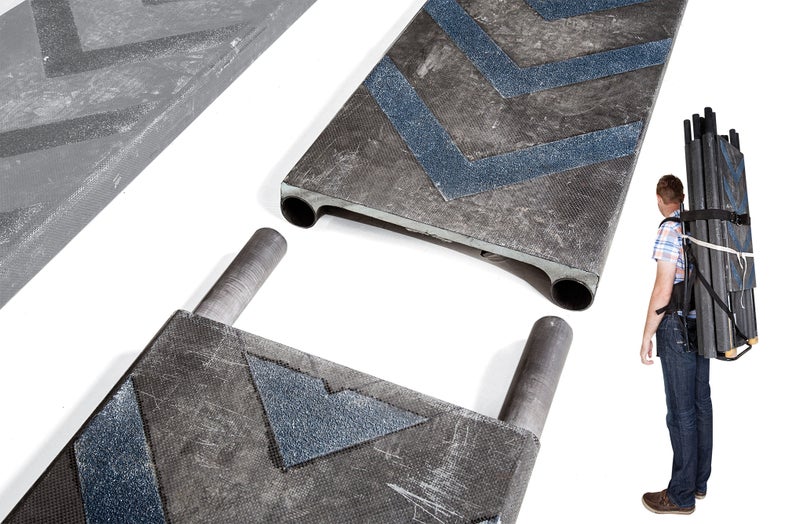 If U.S. Special Forces agents need to scale a wall, traverse a canal, or cross between rooftops, they typically use an everyday 40-pound aluminum ladder. That means one of them has to carry it in addition to the standard 150 pounds of gear and body armor. It’s heavy and requires both hands—hands that may have to fire a gun at any moment. There has to be a better way.

The BAMBI (Break-Apart Mobile Bridging and Infiltration) device is a modular bridge that weighs 27 pounds and can be strapped to a backpack. The prototype, created by engineering students at Utah State University, has six sections composed of carbon-fiber tubes and a foam platform. Together, they create a 22-foot-long structure that can hold 350 pounds. A sandy finish provides enough traction to use it as a ramp over a 15-foot wall.