How Habitable Is That Exoplanet? [Flowchart]

If you're looking for a planet that might support life, our handy flowchart can help you choose the least deadly space rock. 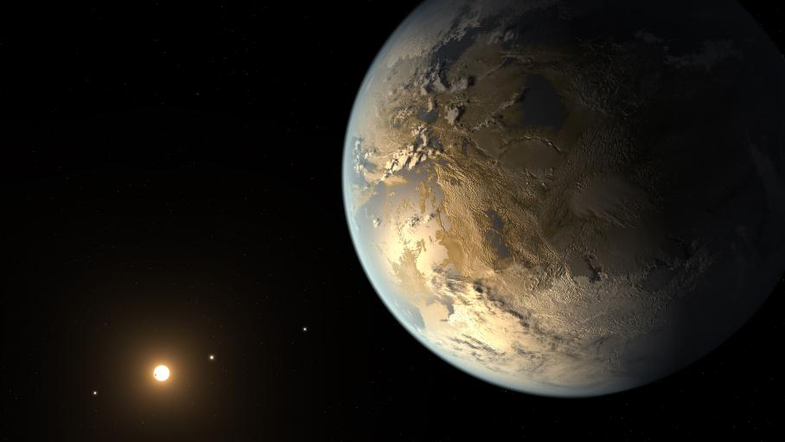 This is an artist’s interpretation of Kepler-186f, a potentially Earth-like exoplanet. NASA Ames/SETI Institute/JPL-CalTech
SHARE

Here on Earth, water, oxygen, and an atmosphere provided just the right conditions for single-celled organisms to evolve into walking, calculating creatures (like us). Still, the planet’s uniqueness is up for debate. Since 2009, the Kepler mission has tallied 989 confirmed exoplanets in the Milky Way; once the James Webb telescope launches in 2018, that number should rise. But do any of these have conditions as cushy as ours—what astronomers call “superhabitable”?

To make a ballpark assessment, a team led by University of Texas biologist Louis Irwin devised the Biological Complexity Index. Published in May, it scores exoplanets on how amenable they’d be to living things. “The conditions for the evolution of complex life are quite rare,” Irwin says. So far, only a few exoplanets have made the cut. But the galaxy has an estimated 100 billion left to analyze. Here we map out the index so you, too, can test newfound exoplanets. 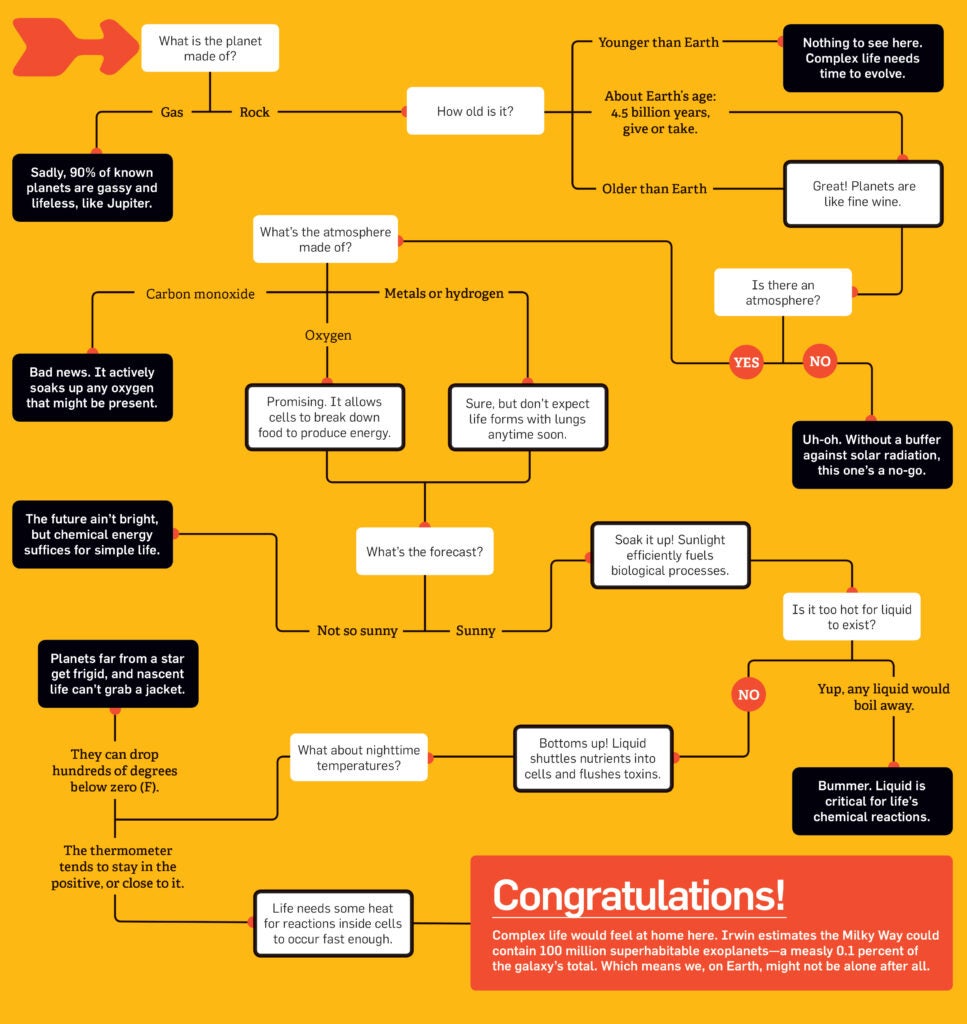