How Fireworks Inscribe The Sky

Come on, let your colors burst, you’re gonna leave them all in awe 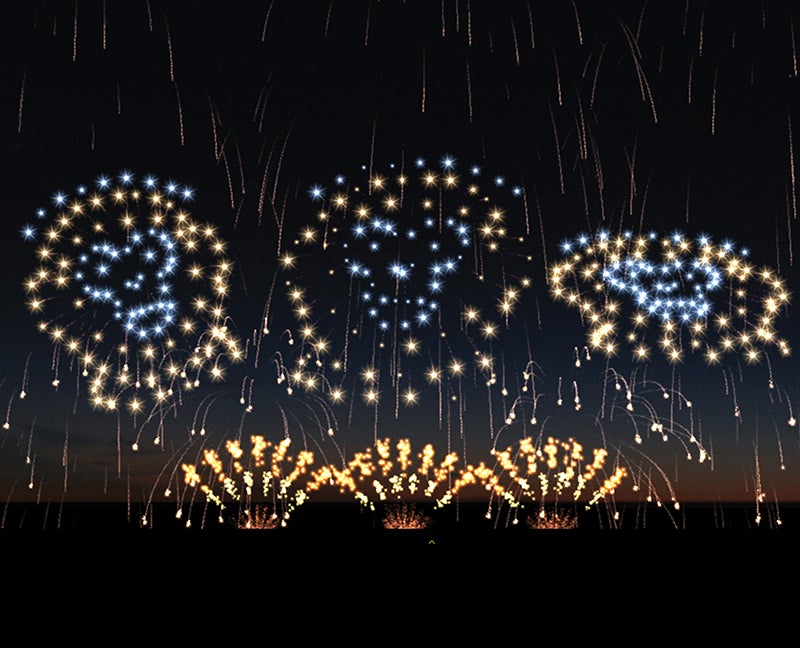 Pyrotechnics that produce shapes, be they faces or hearts, come from a single shell that contains multiple flares. But because there’s no telling which way a shell might face when it explodes, designs can wind up backward or sideways. Not the best plan for words or details.

Simulation software, such as Finale Fireworks, allows designers to draw almost anything on the sky by coordinating the flight of dozens of lights at once. The programs control each mortar’s angle and target altitude, and signal the launch of complex designs.