How To Become A Rube Goldberg Machine Builder

"I’ve never danced, but to me it feels like dance; you’re doing this little choreography with motion." 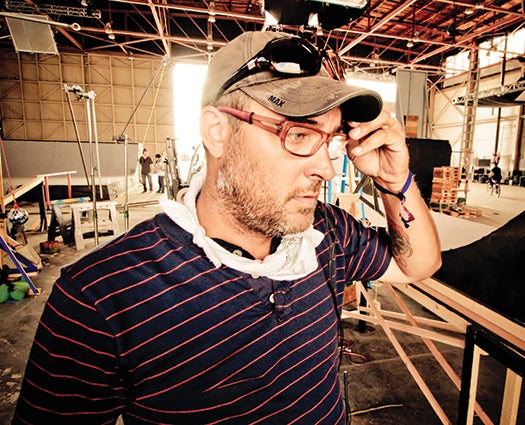 How did you start out?

I was always building little toys. One was a spring-powered gun that launched sharpened coat-hanger pieces. I sent that to someone as a thank-you after a job interview, and he said, ‘You need to think of this as art.’ That was the moment I started to take it seriously.

What was your big break?

The band OK Go put out a call for someone to build a Rube Goldberg machine for their music video. My friend saw it and said, ‘If anybody should do this, it should be you.’ At first, the project was a free-for-all, but then I became a lead designer.

Do you plan everything out first?

I rarely start with sketches. Sometimes it’s just getting a bunch of parts and getting on the floor and trying to see how they talk to one another. You have a conversation with the materials. I’ve never danced, but to me it feels like dance; you’re doing this little choreography with motion.

How do you feel about this being your career?

It’s hilarious. It’s surprising. And the living is variable.