A new technique could make disposing of liquid chemical weapons faster and cheaper. 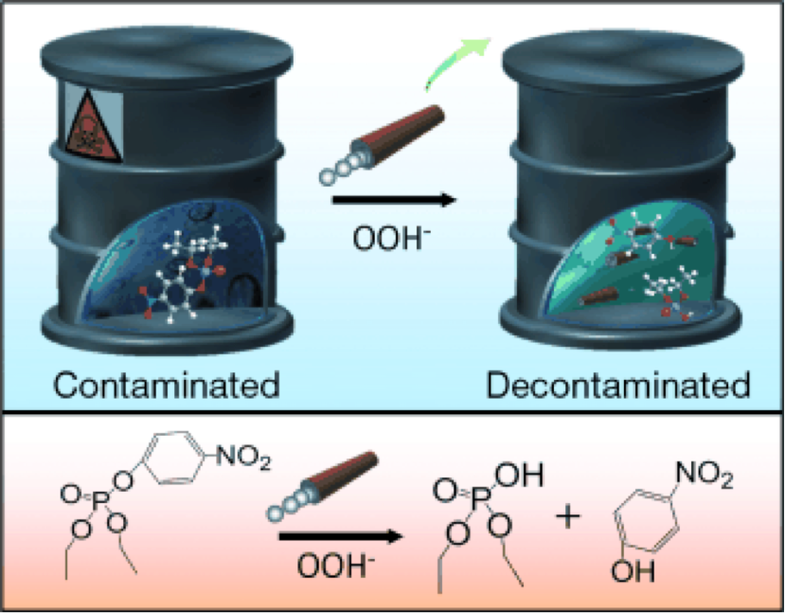 Neutralizing chemical weapons typically requires large and complicated machinery that may not be available to soldiers in the field. To help solve this problem, a team of scientists at the University of California San Diego, led by nanoengineering professor Joseph Wang, created a self-propelled micromotor that helps degrade liquid chemical weapons through stirring.

This motor presents a simpler option. Built around an inner catalytic platinum layer, the motor is a conical microtube with an outer polymer layer. In the experiment, scientists mixed the tiny motors with hydrogen peroxide and an activator and added the solution to organophosphate pesticides (which are chemically similar to organophosphate nerve agents). There, the hydrogen peroxide oxidized, creating oxygen bubbles that exited through the wider opening of the microtubes, propelling them forward.

Both the motion of the micromotors and the bubbles helped mix the hydrogen peroxide neutralizing agent through the chemical weapon, degrading it in less time and with minimal peroxide compared with previous methods. Wang and his team found that 1.5 million micromotors in half an ounce of pesticide worked the same as a mechanical mixer stirring at 200 revolutions per minute.

The researchers say their technique could be used to accelerate chemical reactions in general, and may be especially useful in microreactors, which are often too small for traditional mechanical mixing. This study, which was sponsored by the U.S. Defence Threat Reduction Agency, appears in the journal Angewandte Chemie.