Google To Lease And Restore NASA’s Famous Hangar One

The hangar once housed the U.S. Navy's dirigibles. 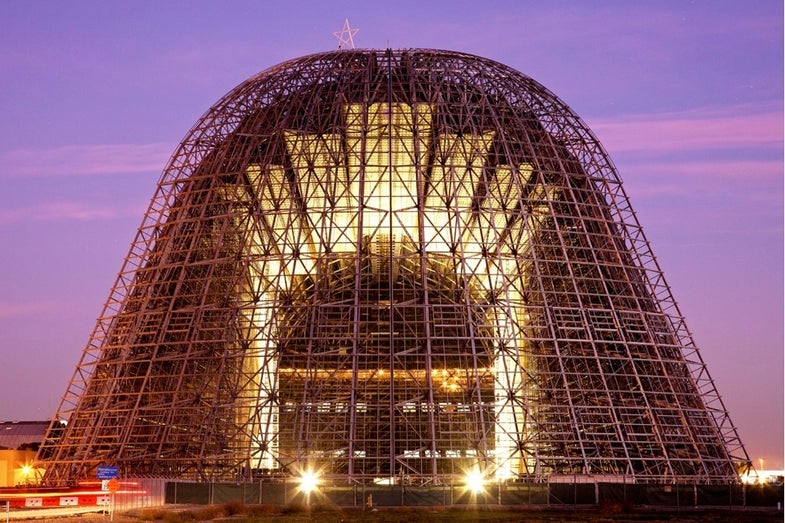 Hangar One once held 1930s-era dirigibles, including the U.S.S. Macon. You could fit three Titanics in there, side by side, a NASA historic preservation officer once told Air & Space magazine. And now, Google is taking over the lease for the airfield where Hangar One sits, and plans to restore the historic building, too.

We’ve wondered before what would happen to Hangar One. NASA was responsible for it, and for Moffett Federal Airfield, but the hangar required expensive renovations to make it safe for people and the environment. As the structure aged, its siding began leaking toxins into the San Francisco Bay. The U.S. Navy, which agreed to take responsibility for the toxic siding, once considered tearing the whole thing down. 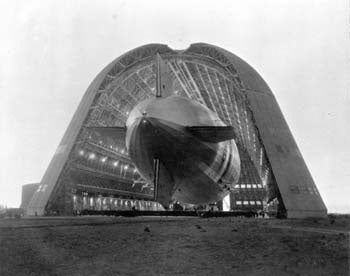 But locals rallied to save the hangar, so NASA asked for bids for the lease. A subsidiary of Google, many of whose principals already park their private jets at Moffett, won the bid. (The Navy has since removed Hangar One’s outer skin, although preservationists worry exposing the hangar’s skeleton to the elements is bad for it.)

Google will restore Hangar One and two other hangars at the field, among other projects, Wired reports. The new lease is a part of an “expansion binge” on Google’s part, San Jose Mercury News reports. The deal also shows the tight relationship between the private company and NASA, Wired concludes. Google has leased other land from NASA for research facilities and conducts quantum computing experiments with NASA’s Ames Research Center.