For Google Maps and for worldwide internet coverage 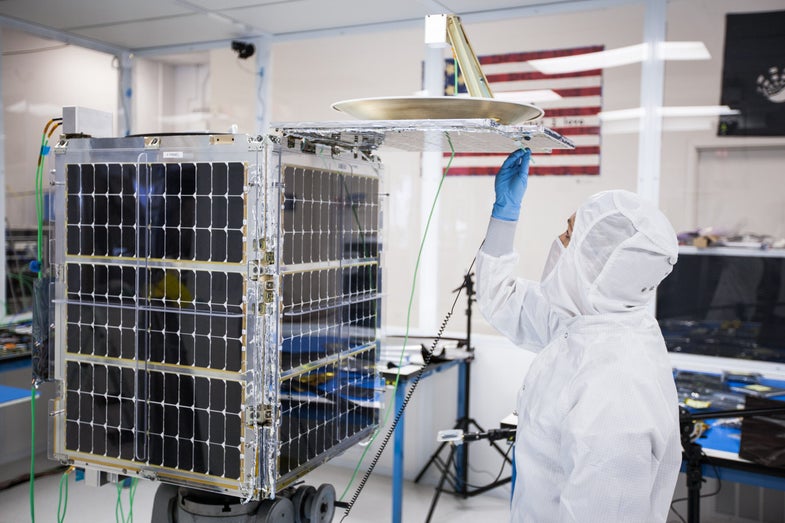 Google is now expanding across more of space. The search-engine company is buying Skybox Imaging, a Silicon Valley-based startup that makes small, cheap satellites that take photos at high resolution.

Google plans to use photos from the one Skybox satellite now in orbit for Google Maps, the Associated Press reports. Further in the future, perhaps Skybox’s little sats will relay something else. As we’ve reported, Google hopes to spread internet access around the world using three flying technologies, balloons, high-altitude solar-powered drones and satellites.

Skybox craft could be a part of that ambitious project, the AP suggests. However, Google is already working on a project with leaders from another satellite company, O3b Networks, which specializes in lower-orbit satellites for beaming internet signals to Earth, so maybe it will use Skybox satellites for something else.