Found: The Oldest Known Star In The Universe

Astronomers announced yesterday that they've spotted a child of the very first stars. 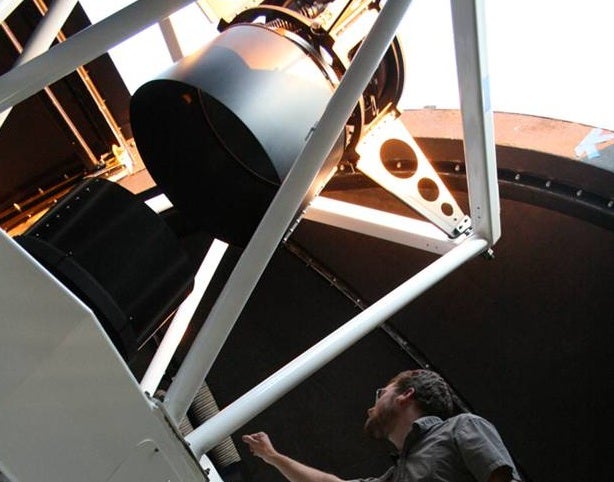 Astronomers announced yesterday that they discovered the oldest known star in the universe. They believe the star is from the second generation of stars ever to form.

Stefan Keller, an astronomer at the Mount Stromlo Observatory in Australia and the lead author of a new paper describing the star, writes about what those early days were like on his website:

The Earth’s own sun is about 4.5 billion years old.

The finding tells scientists more about how the first generation of stars died and how the second generation was born. Keller and his team measured wavelengths of light coming from the star and from there, deduced what elements the star contains to get an idea of the chemistry of the early universe.

Keller’s lab is dedicated to the search for early stars. This one is so rare, he writes, it’s one in 60 million. But he and his colleagues will search for others in the same way they found this one, using the Australian National University SkyMapper telescope, which is set to make a digital map of all the objects in the sky in the southern hemisphere over the next five years.

Keller and his colleagues published their work in the journal Nature.