The 4M spacecraft, launched aboard a Chinese rocket, will be sending signals to anyone willing to listen. 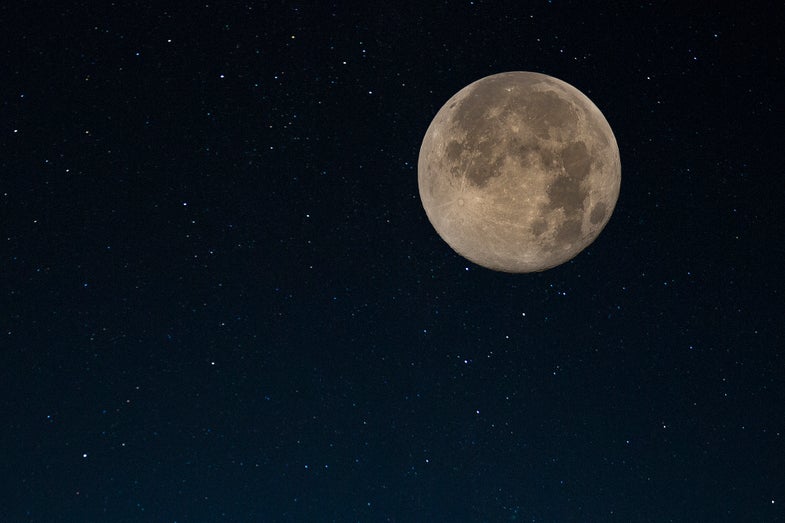 The first privately funded lunar mission launched today. The mission involves sending a 31-pound spacecraft called 4M, fitted with an antenna, small computer, and radiation sensor, on a Chinese rocket to Earth’s satellite. Funded by private company LuxSpace, the craft will fly by the moon transmitting a signal back to Earth that can be picked up by amateur radio enthusiasts. The project is hitchhiking on a Chinese rocket transporting China’s latest lunar spacecraft, which is also scheduled to fly by the moon — another step in their moon exploration program.

4M began broadcasting exactly 77.8 minutes after it’s launch at 1:59 PM Eastern Daylight Time. LuxSpace is hosting a contest to see who can recieve the most messages from the private payload before the mission ends (You can compete either as an individual or as a team.). The messages sent from the payload will be sequences of tones broadcast at different frequencies. Even if you don’t want to participate in the contest, you can track the mission‘s progress online.

The mission is scheduled to last for eight days, but it could go on for longer. “The secondary power supply of 4M comprises solar cells and would extend the mission life to keep 4M operational in an orbital region where few spacecraft have been before,” LuxSpace system engineer Hubert Moser told Space.com. “Nevertheless, this secondary power supply (therefore, life of 4M) depends strongly on the attitude of the last stage of the launcher, i.e. the availability of sunlight.”

4M stands for the Manfred Memorial Moon Mission, named in honor of Manfred Fuchs, who founded the company OHB, the parent company of LuxSpace. The payload was relatively inexpensive too; the entire cost of the mission is less than six figures.