First Chinese Rover On Its Way To The Moon

It will be the first soft-landing craft to visit the moon since 1976. 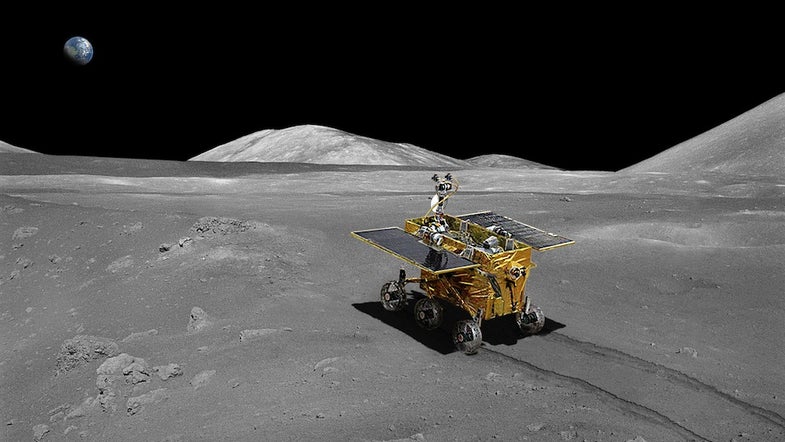 The Chinese rover should land December 14 or 15, Space.com reports. The last soft lander to visit the moon’s surface was a Russian craft in 1976. The last people on the moon were Americans, in 1972. Since then, space agencies have sent instruments purposefully crashing onto the moon’s surface, but nothing designed to remain intact after landing, which is more difficult to do.

China wasn’t exactly ready to enter the moon race in the 1960s, but over the past few years, the country has made up for lost time with a number of moon missions, which help Chinese scientists develop their own spacefaring technology. For the far future, Chinese officials are also interested in the moon as a source of minerals and energy, the BBC reports.

The country seems to be meeting the goals it has announced, including a confirmation in 2011 that officials wanted to land a moon rover in 2013 (And here we are!). After this, China wants to get moon rock samples back to Earth by 2020 and, eventually, to launch a manned mission to the moon.

The rover is named Yutu, or “Jade Rabbit,” which is the name of the pet bunny of the Chinese moon goddess Chang’e. The lander itself is called Chang’e 3. The unmanned Chang’e 1 launched in 2007, and Chang’e 2, in 2010.