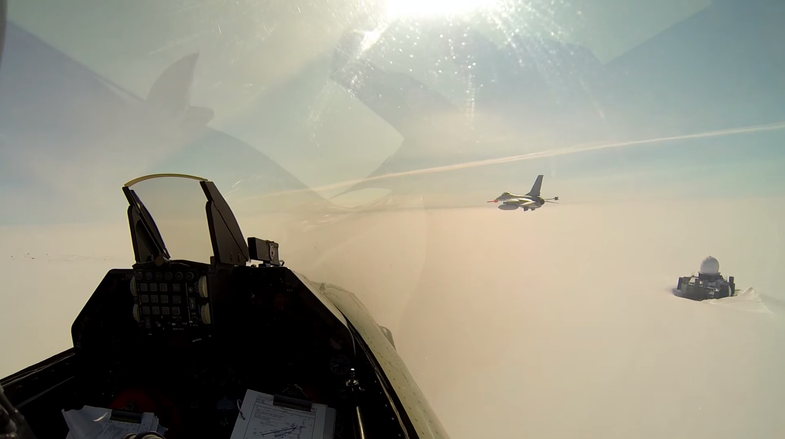 Being a fighter pilot is a lot of work. Maintence, years of training, planning for missions, paperwork — all just to pilot one of the faster, deadlier machines ever created by human hands. Seems like a real hassle, right?

Fortunately for everyone who isn’t a fighter pilot, John Kristensen, a Danish Air Force pilot who flew missions in Afghanistan between 2002 and 2003, brought along his GoPro for a flight in an F-16 Fighting Falcon over Greenland. The resulting video is stunning, as he races past icebergs, glaciers, ice floes, snow-covered plains, and fjords. There’s a lot that’s frozen on the Greenland ice sheet, it turns out. He also flies in formation with other pilots from Fighter Wing Skrydstrup.