Engineering The Ideal Olympian: Real-Time Data For Going Big In The Half-Pipe

The information is in the boot. 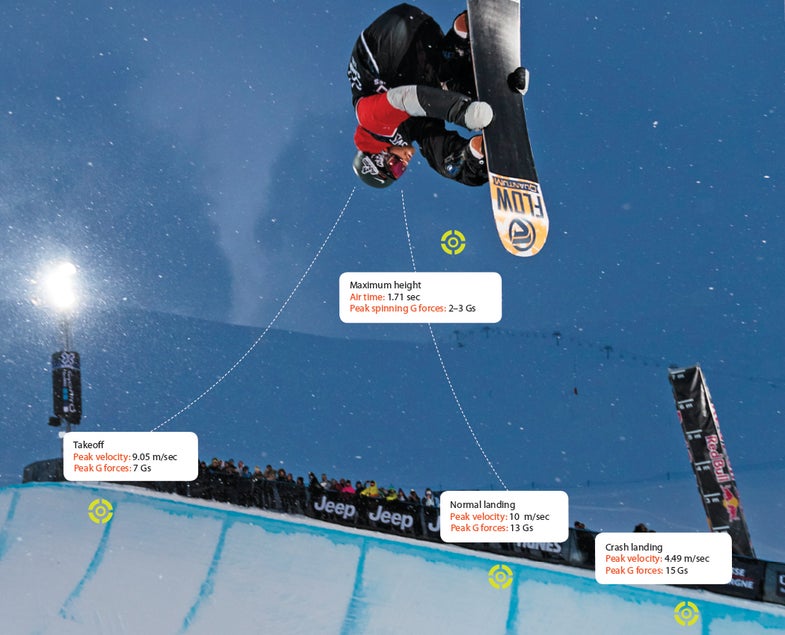 Snowboarder Scotty Lago, who won bronze at the 2010 Olympics, trains with a data recorder strapped to his boot in order to figure out what works and what doesn’t and why. Richard Bord/Getty Images
SHARE

Don’t let the headphones and baggy pants fool you. Snowboarders are intensely competitive. Last fall, members of the U.S. team began recording their velocity, body angle, and G-force with a wearable device to gain an advantage. The Catapult Sports Minimax S4 contains an accelerometer, gyroscope, and magnetometer; during training runs in the half-pipe, it takes readings every tenth of a second. Athletes can then match the data to video footage to pinpoint areas for improvement.

For example, the data shows that snowboarders experience surprisingly high G-forces when they land tricks—up to 15 Gs, or three times the force Formula 1 drivers feel as they’re braking. Knowing exactly when to expect those forces allows athletes to adjust their body position so they don’t lose speed going into the next trick, says Mike Jankowski, the team’s head coach. “Ultimately, more speed equals more amplitude,” he says, “and going big is what half-pipe’s all about.” 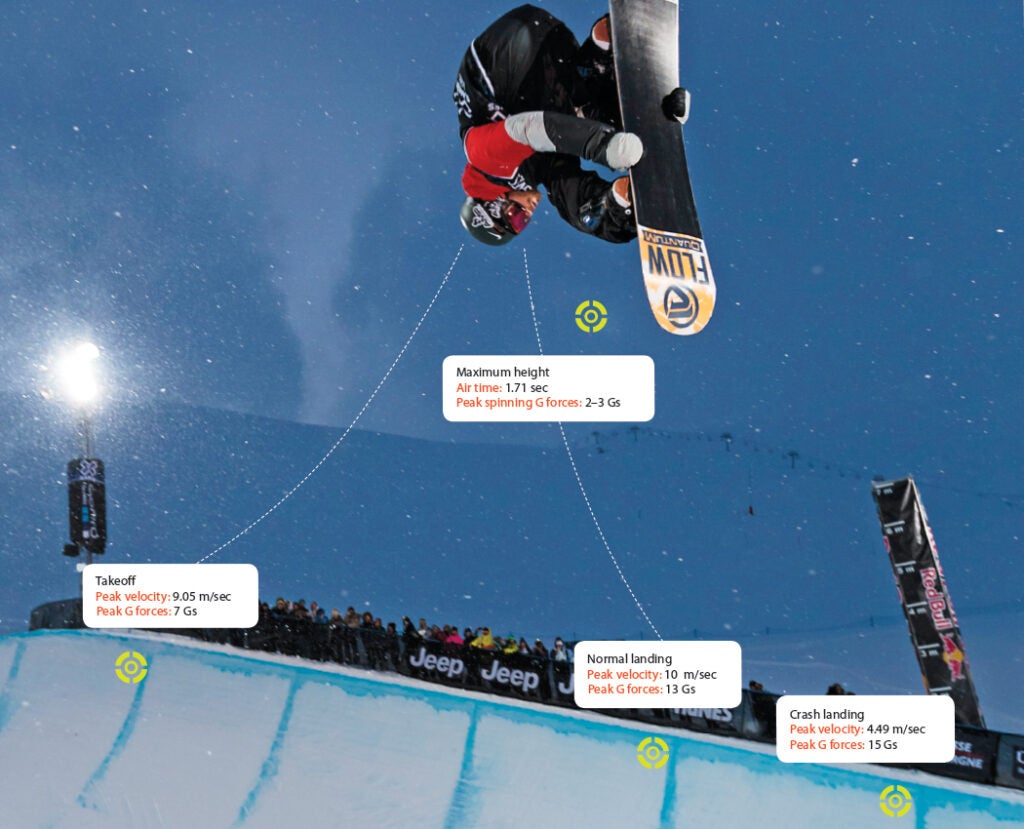 Snowboarder Scotty Lago, who won bronze at the 2010 Olympics, trains with a data recorder strapped to his boot in order to figure out what works and what doesn’t and why.