Elderly Spaniards Can Get Medical Checkups Via Kinect 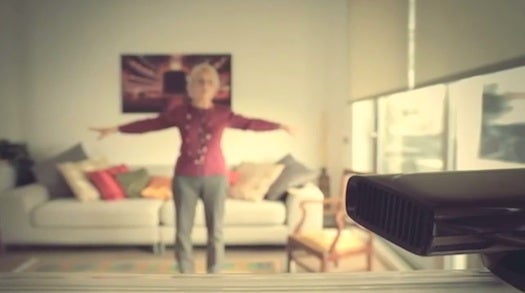 In Spain’s Basque Country, some of the oldest residents are getting the newest communications technology. The region is piloting a system that allows doctors to monitor elderly patients remotely using motion sensors originally developed for Microsoft’s Xbox.

The system also includes more mundane things, such as apps that let people of all ages access their health records, a call center for medical advice, and an online appointment-making service. The idea is to reduce healthcare costs in Basque Country by reducing the number of face-to-face doctor’s appointments people have to make, CNBC reports. The company in charge of the system, Accenture, says the system saved the region of 2 million people $55 million in its first year.

Elderly residents using the remote monitoring system, called TEKI, also get a heart rate monitor and a spirometer for checking their respiration. Their doctors are able to get their data in real time and to write prescriptions over TEKI. TEKI focuses on elderly people because Basque Country has one of the longest life expectancies in the world, 72 years for men and 84 years for women. According to an Accenture document, about 77 percent of the region’s healthcare costs go toward managing chronic diseases, which appear more often in elderly people and which lend themselves to home monitoring.

The system doesn’t sound super revolutionary, but it does sound cool. I’m not exactly elderly yet, but I would love to have consistent, quick, remote access to a doctor or nurse for the small stuff, too.