If all goes as planned tomorrow, India will be the fourth country to reach Mars. 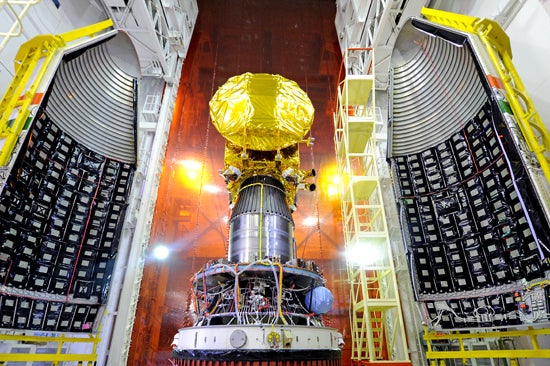 India’s first interplanetary mission is only hours away from liftoff. The Indian Space Research Organisation’s (ISRO) Mars Orbiter Mission is scheduled to launch at 2:36 p.m. India Standard Time (just after 4 a.m. East Coast time) on Tuesday, after being delayed by the late arrival of certain tracking instruments traveling by ship to Fiji in bad weather.

ISRO has previously stated that it has ambitions to launch a manned mission by 2016, so this is just the beginning for its loftier spaceflight goals. The organization, established in 1969, has seen some major milestones over the past few years. Its first lunar mission, the Chandrayaan-1 probe launched in 2008, discovered water on the moon, though the mission was cut short due to technical failures.

NASA’s Jet Propulsion Laboratory, which has plenty of superstitions surrounding its own mission launches, wished the adorably acronymed MOM luck via email, reminding them to grab some peanuts before the launch. Since the Ranger 7 mission to photograph the lunar surface in 1964, JPL has kept “lucky peanuts” around for every big occasion.