Save the Earth. Win some cash. 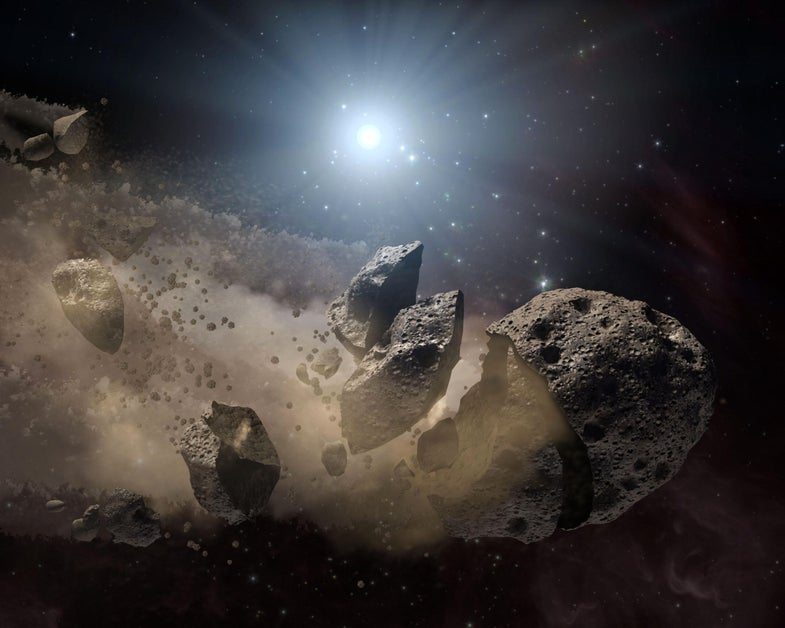 This illustration shows an asteroid breaking up as it orbits a white dwarf. NASA/JPL-Caltech
SHARE

I’m a writer. My barely-out-of-college kid brother is a computer programmer. Only one of us has the skills to save the world from asteroids. (Okay, spoiler, it’s not me.)

NASA is calling on coders to develop software that automatically spots asteroids in photos taken by large ground telescopes. The software has to work better than existing software, which depends on comparing telescope photos of the same patch of sky, taken at different times, to determine which objects in the photos move. In a description of the contest, NASA’s Tournament Lab says, “The winning solution must increase the detection sensitivity, minimize the number of false positives, ignore imperfections in the data, and run effectively on all computers.”

The winning solution(s) will also win a total of $35,000 in prizes, according to statement from Planetary Resources. The asteroid-mining company signed an agreement with NASA to manage the contest, which is called Asteroid Data Hunter.

The contest is part of NASA’s Asteroid Grand Challenge, an overall program to develop ways to detect if an asteroid threatens Earth. The agency already has plans to capture an asteroid and send astronauts to study it. The point of the Asteroid Grand Challenge is to partner with organizations outside of NASA, including citizen scientists, for asteroid-impact prevention.

You can find out more about what NASA wants for its asteroid-spotting software on the contest’s website. There are also links there for registering for the contest, which opens March 17.