Finding the extraordinary in the ordinary 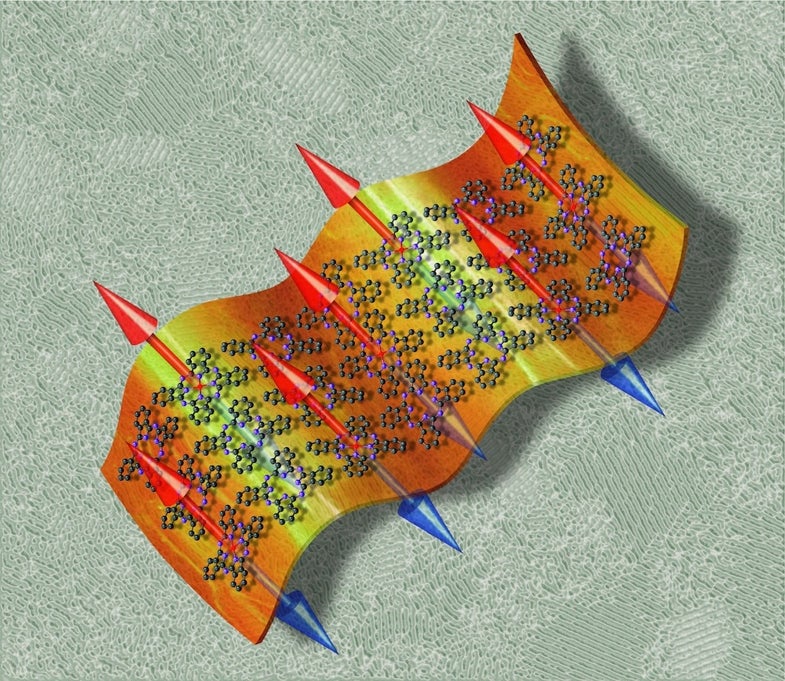 Sometimes you just have to look around. A new analysis of a common blue pigment—it’s used in the British five-pound note—found it has some unusual properties that make it a candidate semiconductor for quantum computers.

Researchers from the U.K. and Canada found molecules of copper phthalocyanine are able to hold the superimposed state of a quantum bit for as long as, or longer than, other materials being studied for quantum computers. Unlike ordinary bits, which must take on one of two states—for example, 0 or 1—quantum bits must hold two states at once. If a material is able to hold quantum states long enough, engineers could get them to store and pass on information.

Researchers are interested in building computers with quantum bits because such machines could work much faster than computers today. Some quantum computers already exist, but they’re still experimental and often aren’t able to solve practical problems.

Copper phthalocyanine has one other property that makes it a good prospect for a quantum semiconductor, the researchers wrote in a paper they published yesterday in the journal Nature. The researchers were able to produce it as a thin film, which is convenient for putting into electronic devices.