Ha ha. What a notion! 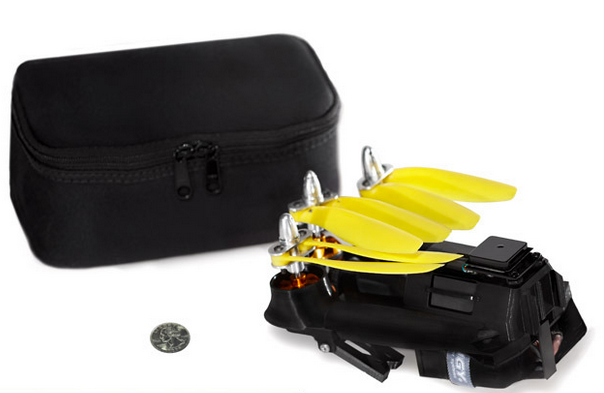 The Pocket Drone is a tiny, tiny drone that can quickly collapse and be concealed, but is also strong enough to carry a high-quality camera. What might people use this for? Oh, you know, recreation. Filming footage of bike rides or aerial shots of birthday parties. Not spying. Ha! Definitely not spying.

Kidding! (Kinda.) The Pocket Drone is actually a neat little gizmo, which explains why it has so absurdly rocketed past its Kickstarter goal, now at more than $200,000 of an asked-for $35,000. The 1-pound drone can fold its propellers into about the space of a 7-inch tablet. Despite its small size, it can carry a sports camera like a GoPro. Pocket Drone costs less than $500 (for Kickstarter backers). That’s not a half-bad bundle of features for sports photography enthusiasts.