And it can be yours -- for a small fee 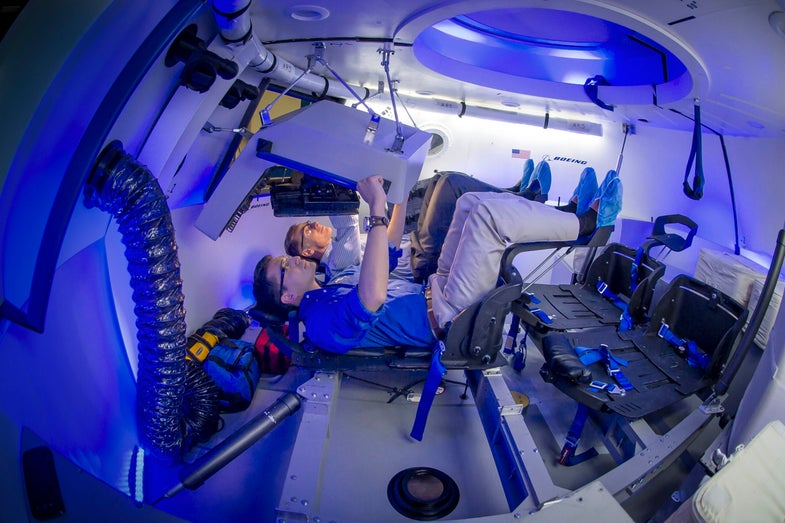 When I first heard about NASA’s new partnership with Boeing and SpaceX, I went through a range of emotions. Hooray, I thought initially, we are finally getting back into space on American-made vehicles. Go U.S.A.!

Of course, it wasn’t long before reality sank in. I’m not really part of this proverbial “we.” The rides are for NASA astronauts only, not for us mere mortals, fated to only walk on one planet for the rest of our lives. My excitement soon became mixed with a reinvigorated longing to explore the celestial frontier.

Well now there’s hope for the wannabe astronaut who is lacking flight experience and a PhD (a.k.a. me). As part of Boeing’s proposal with NASA, their CST-100 vehicle will include a seat for paying tourists, allowing members of the general public to visit the International Space Station along with the pros.

“Part of our proposal into NASA would be flying a Space Adventures spaceflight participant up to the ISS,” John Mulholland, Boeing’s Commercial Crew Program Manager, tells Reuters. Space Adventures is a Virginia-based space tourism company founded in 1998. Since 2010, they have been offering a number of spaceflight-related experiences, including spacewalks, suborbital spaceflights and launch tours.

Mulholland added that the price of the seat would be competitive with what the Russian space agency charges for its space tourists — which is a lot. According to Tom Shelley, president of Space Adventures, British singer Sarah Brightman is currently training for a 10-day stay at the station. In January, she’ll become the eighth paying passenger to visit the ISS, hitching a ride on the Russian Soyuz rocket, and it looks like the trip is going to cost her roughly $52 million.

Oh. I guess it’s back to pretending.