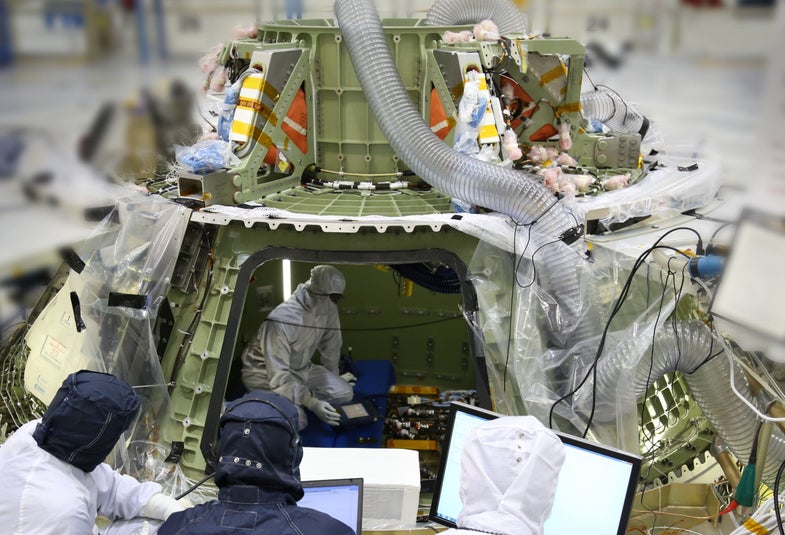 NASA has fired up its first manned deep-space explorer, gearing up for the fall 2014 test launch that will send it 3,600 miles above the Earth’s surface. Orion is designed to eventually carry a human crew farther than we’ve ever travelled before, first to near-Earth asteroids and one day to Mars.

First, it will be sent out on an uncrewed Exploration Flight Test-1, a four-hour journey up into space and back down to Earth, during which it’ll see speeds of up to 20,000 miles per hour and endure temperatures of 4,000 degrees Fahrenheit before landing in the Pacific Ocean. The craft was originally a part of NASA’s Constellation program, which included plans to return to the Moon and was axed in 2010. It was repurposed for some of NASA’s loftier deep-space goals in 2011.

The electronics in Orion’s four-person crew module were powered on last week at Florida’s Kennedy Space Center. So far, it seems the avionics are all working as hoped. On to Mars! Eventually.