Big Pic: Lightning As Seen From The International Space Station 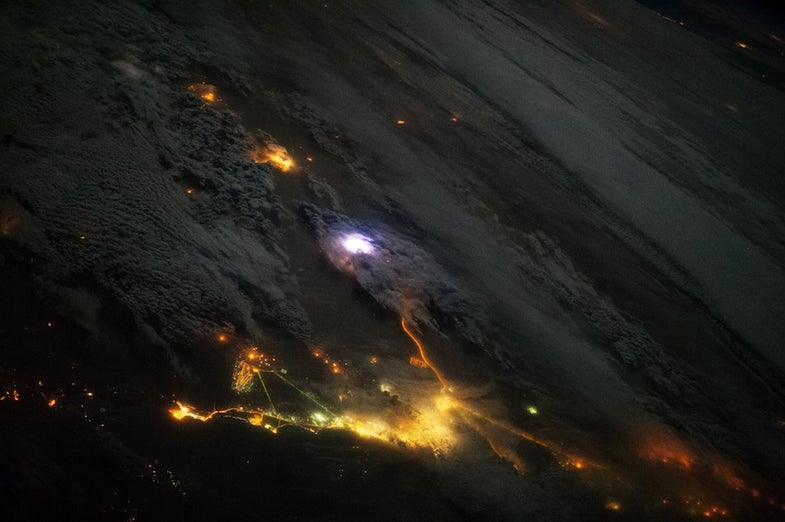 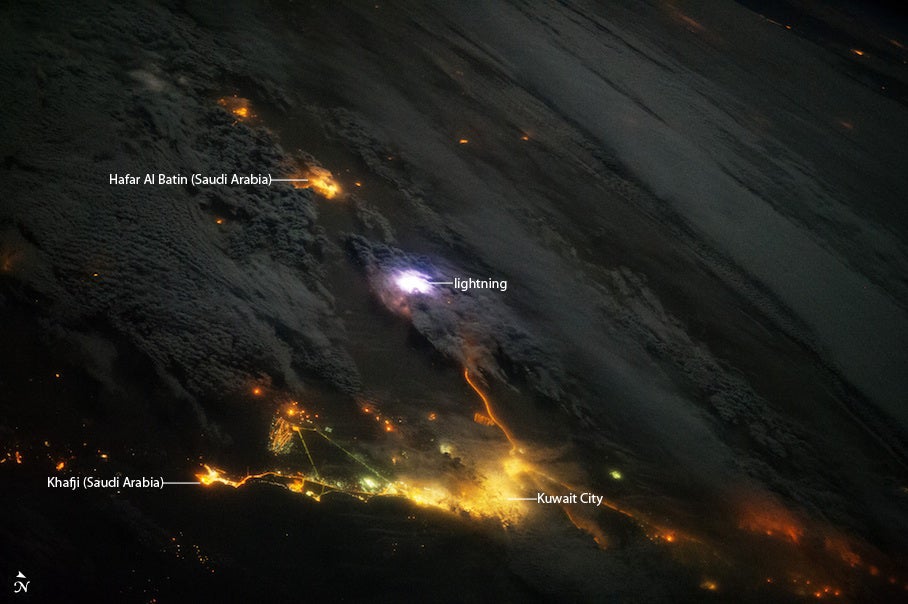 An International Space Station Expedition 38 crewmember took this photo of lightning over the Middle East in December 2013. Besides taking pretty pictures of it, the crew is also studying lightning. Crewmembers are trying to determine whether certain types of lightning produce super-high-energy flashes called terrestrial gamma-ray flashes… or if it’s the other way around. They’re also trying to find which types of lighting are associated with gamma-ray flashes. Gamma rays are usually associated with nuclear explosions, solar flares and supernovas, but scientists have found they also appear up to 500 times a day in the Earth’s atmosphere, above lightning clouds.

Scientists first began analyzing lightning and gamma-ray flashes in the same instrument in September 2013, after the space station got a new suite of instruments as a part of NASA’s “Firestation” experiment. We wrote about the new experiment at that time.