The last in a set of 66 radio antennas has been delivered to the ambitious observatory in Chile's Atacama desert, more than 16,000 feet above sea level. 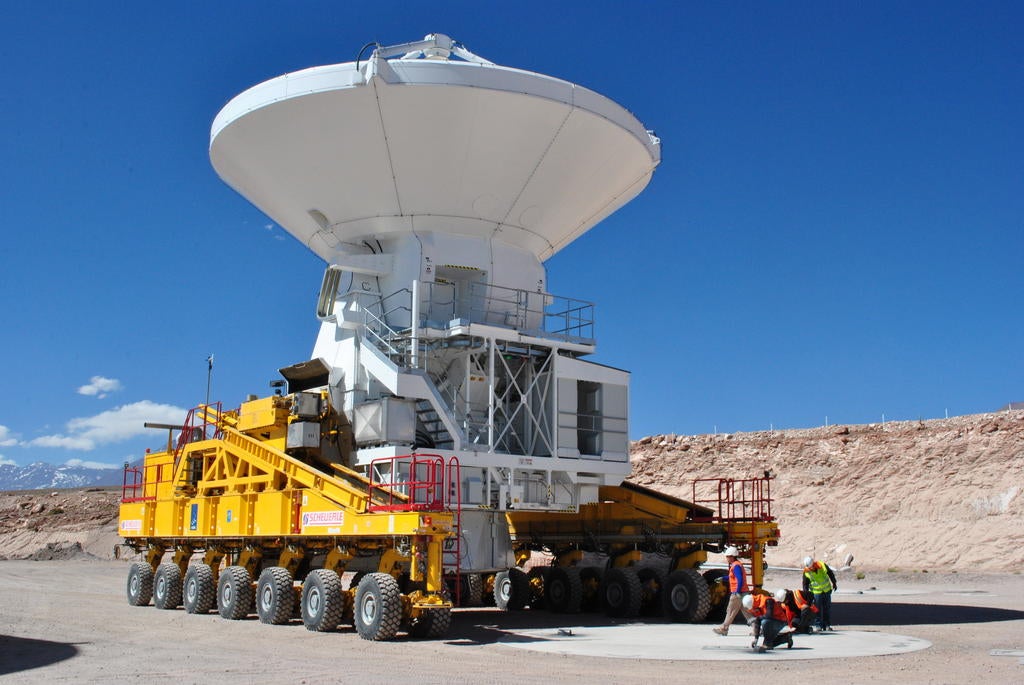 High up in the Chilean desert, this 12-meter wide, ultra-precise radio telescope has just been handed over to its new home. The Atacama Large Millimeter/submillimeter Array, or ALMA, calls itself the “largest astronomical project in existence.” The aperture synthesis telescope was inaugurated in March, but it’s only with the arrival of this final antenna that it can begin working at full sensitivity, exploring the faint light emitted by distant objects.

Its 66 millimetre/submillimetre-wave radio antennas, which will work together as one telescope, have been provided by observatories all across the world. Japan contributed 16, North America 25, and Europe—with the arrival of this last one—25. The array of antennas spans 16 kilometers across the high-altitude Chajnantor Plateau in northern Chile, and “will enable the exploration of the universe with unprecedented power,” as Chris Hadfield put it earlier this year. And now, more than six months after its opening, it’s finally complete and ready to blow us away with super-science powers. 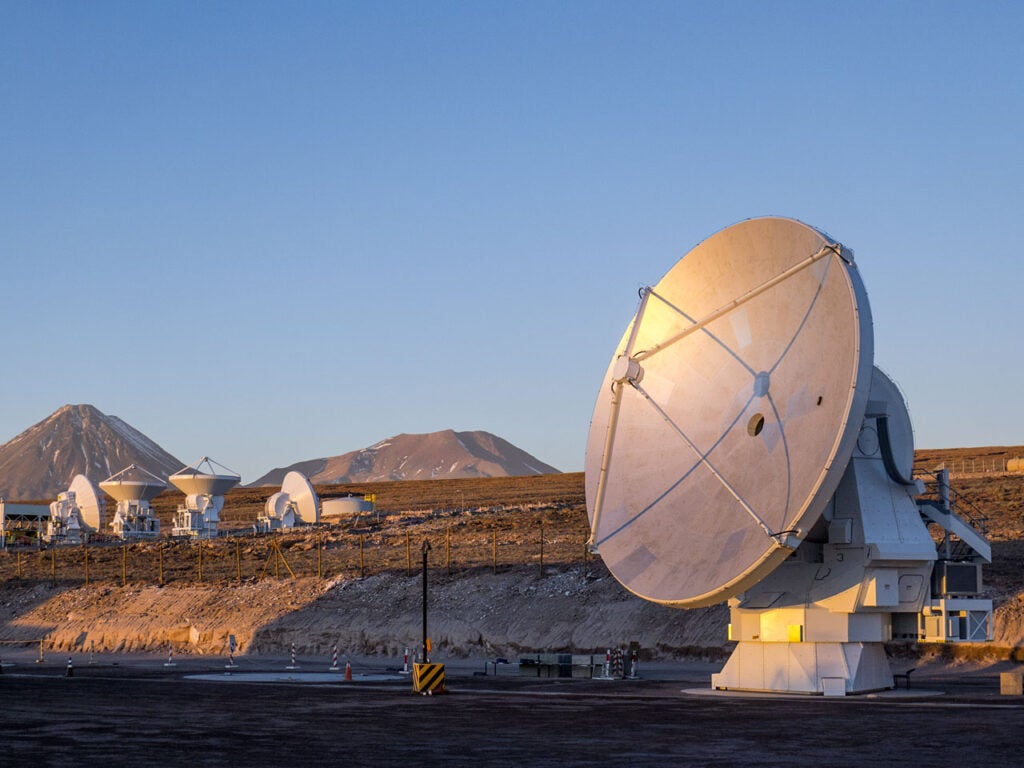