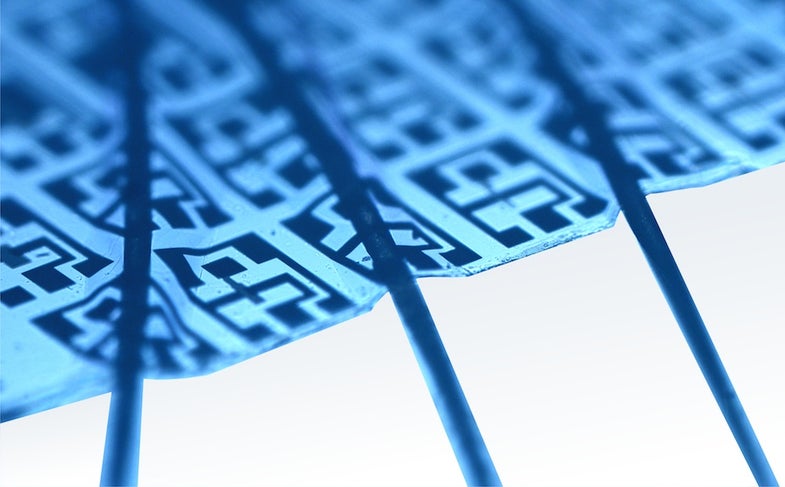 What’s this? It’s an electronic membrane that’s so thin and flexible, it can drape itself over human hairs and continue to work. Yep, those long sticks are hairs. The membrane is one micrometer thick, while the hairs are about 100 micrometers thick.

This device happens to come from the Swiss Federal Institute of Technology, but many labs around the world are working on making super-thin, super-soft electronics that researchers hope may one day go into things like flexible solar panels, wearable electronics, and even brain sensors for research. To show that it was possible, the Swiss team made a translucent version of their membrane and put it on a soft contact lens, although nobody actually put the lens in their eye. In the future, technology like this could go into electronic contacts that monitor or diagnose glaucoma, the team wrote in a paper they published yesterday in the journal Nature Communications. 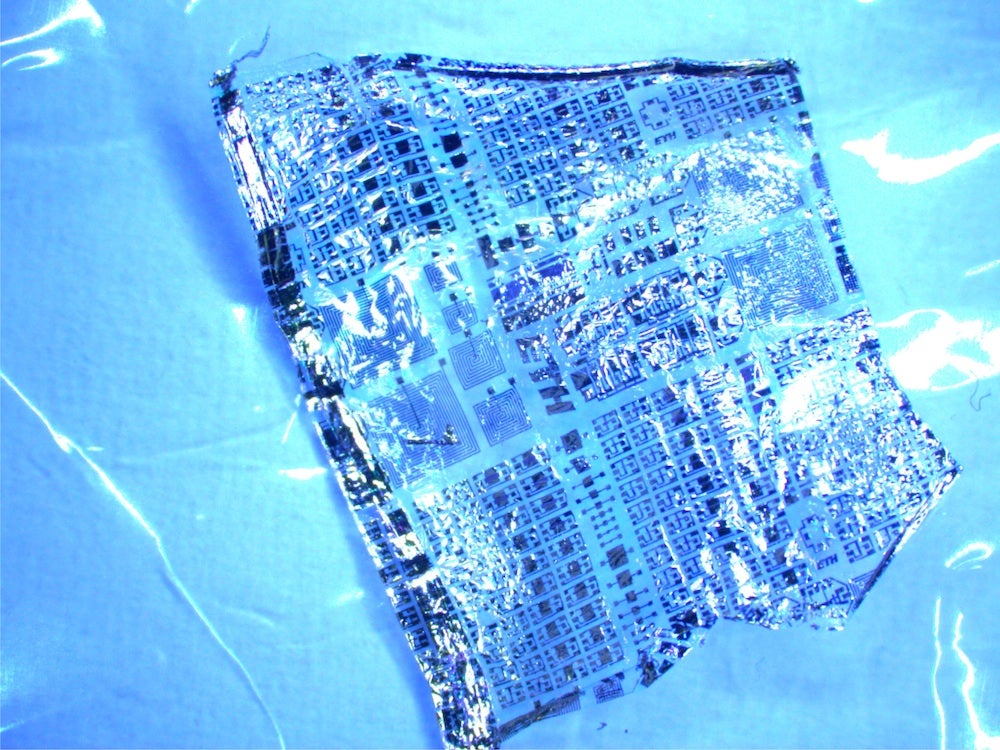 Opaque versions of the membrane continued to work after crumpling, but not translucent ones.
contact lenses
engineering
flexible electronics
wearable electronics