Big Pic: The Biggest Map Ever Of The Moon’s North Pole 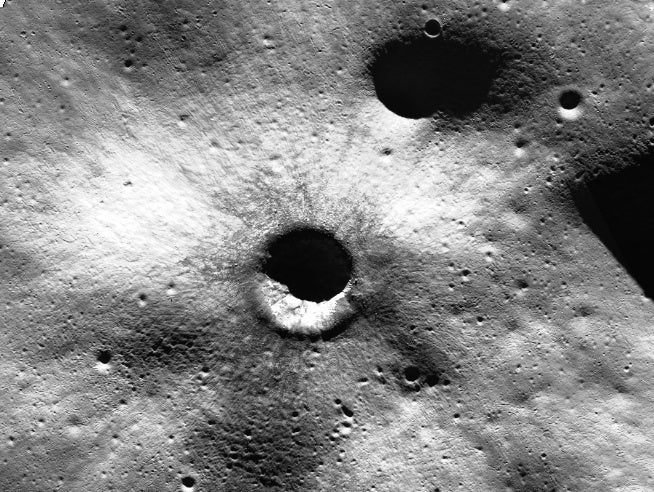 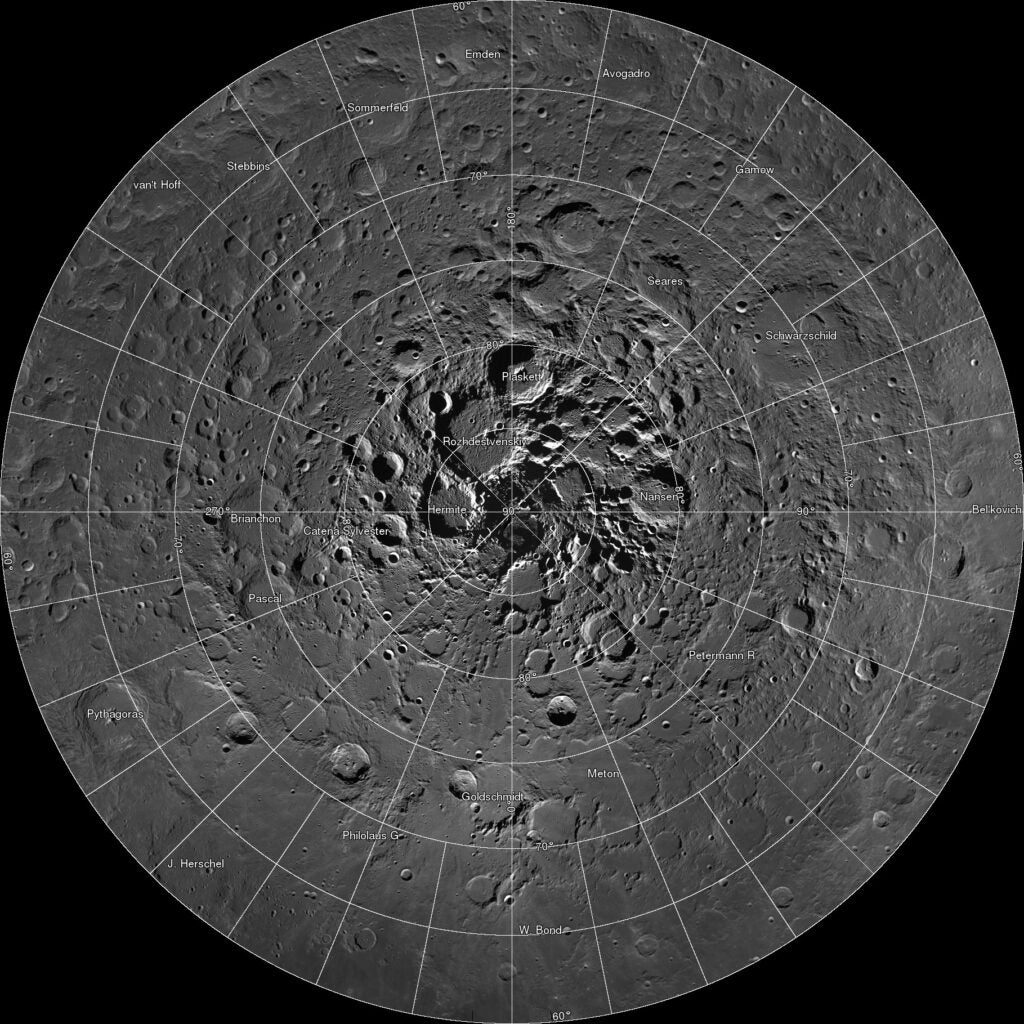 Map of the Moon’s North Pole

Now you can zoom and pan on a map of the moon as easily as you might check out an Earthly location on Google Maps. NASA has released a free, online, high-resolution map of the north pole of the moon. The images come from NASA’s Lunar Reconnaissance Orbiter, which set out in 2009 to map the moon in detail; find landing spots for future missions; and assess minerals and water in the moon’s soil.

For a sense of the map’s power, may we suggest visiting the interactive map, then clicking on one of the thumbnails underneath the map. It just doesn’t stop zooming.

Some fun facts about this map: 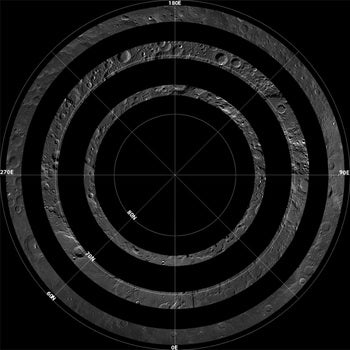 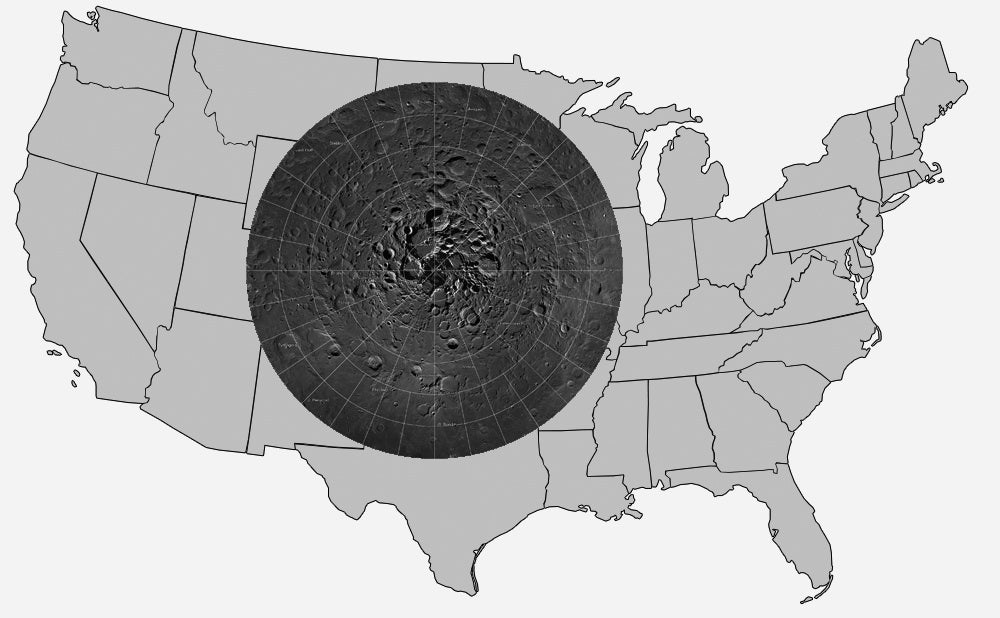 The Moon Map Represents An Area About One-Quarter That of the U.S.