One tiny glove for mankind. Plus one totally normal-sized one. 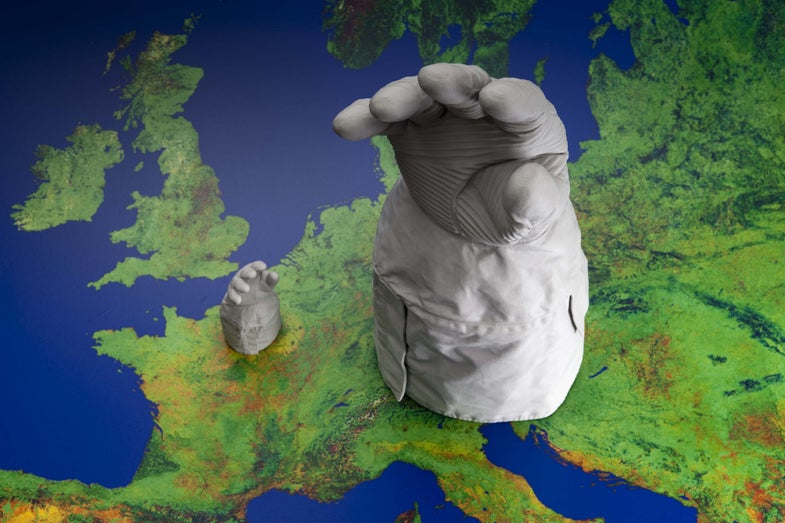 When you’re a famous astronaut, anything you touch basically turns to space gold. And then people make replicas of the things that you’ve touched, because those, too, are pretty close to space gold. Right? I think that’s how it works. These mismatched gloves are 3-D printed replicas of a glove worn by European Space Agency astronaut Hans Schlegel during a 2008 spacewalk, made at the ESA’s technology center in the Netherlands. The little baby glove on the left (hanging out near France) is a tenth of the original glove’s size. The one on the right is to scale.

Space agencies like NASA and the ESA have been giving 3-D printing a lot of love lately. NASA has been testing out 3-D printed rocket parts, and has plans to send a 3-D printer to the ISS as early as next year. Right now, the ESA uses 3-D printing to create models of proposed spacecraft designs, and is exploring designs for 3-D printing a lunar base. And occasionally they make thermoplastic recreations of space suit parts.

Schlegel, a physicist, flew on two different space shuttle missions, including the 2008 mission that brought the Columbus Laboratory to the International Space Station. Schlegel’s ESA bio reveals these insights into his life: