In future wars, robots and humans will fly together. 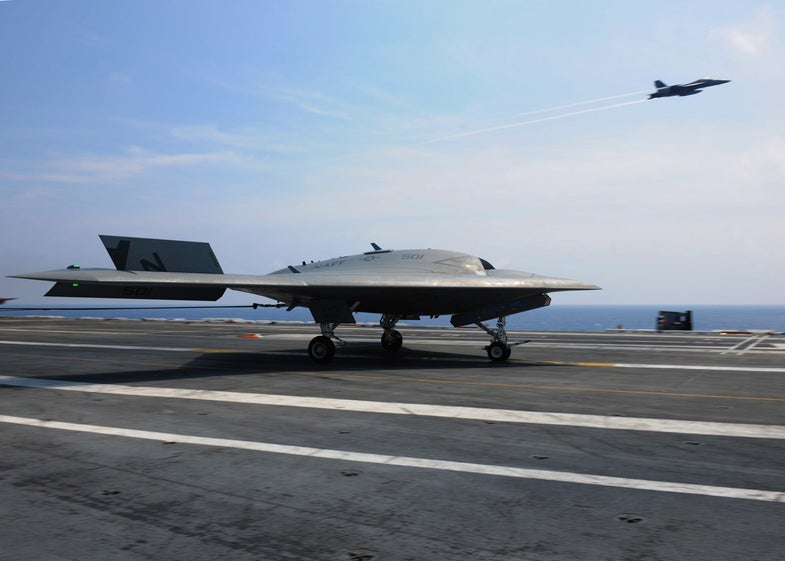 If the latest tests are any indication, humans and robots will soon fight alongside one another, against other humans and maybe other robots. Yesterday, the U.S. Navy announced the first “successful manned & unmanned aircraft flight operations” of its experimental X-47B drone. The tests were performed aboard the aircraft carrier USS Theodore Roosevelt.

The exercise was operationally simple: the unmanned X-47B took off from the carrier’s deck, followed by a manned F/A-18 Hornet. Then the X-47B landed on the deck, folded up its wings, and an operator on the deck steered the drone aside, while the Hornet landed on the same deck. It might be a simple concept, but successfully integrating both manned and unmanned aircraft into the same flight patterns, especially on the confined space of an aircraft carrier, is essential for future operations. It’s similar to the challenge of making sure driverless cars can safely avoid cars with human drivers, but doing so at high speeds in three dimensions on a rocking platform in the middle of the ocean with airplanes worth millions of dollars.

The X-47B has earned a pair of nicknames: “Dorito” from its wedge-shaped body, and “Cylon” from its incredibly sophisticated robotic brain. Unlike most drones, which have a pilot dictating their every move by remote control, the X-47B is largely autonomous, calculating its flight paths. Last summer, the X-47B successfully landed on an aircraft carrier twice. (It aborted a third landing, but it did so to avoid crashing into the aircraft carrier, and safely landed on an airstrip elsewhere.)

Here’s a short video from the Department of Defense showing some of the X-47B’s latest flights: 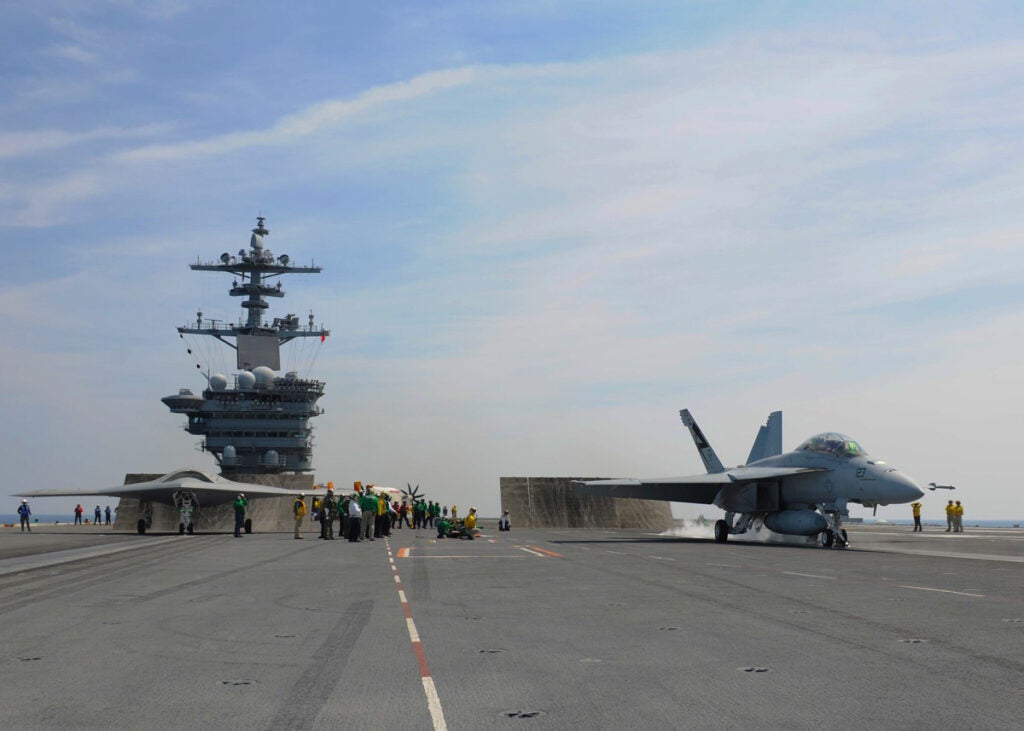