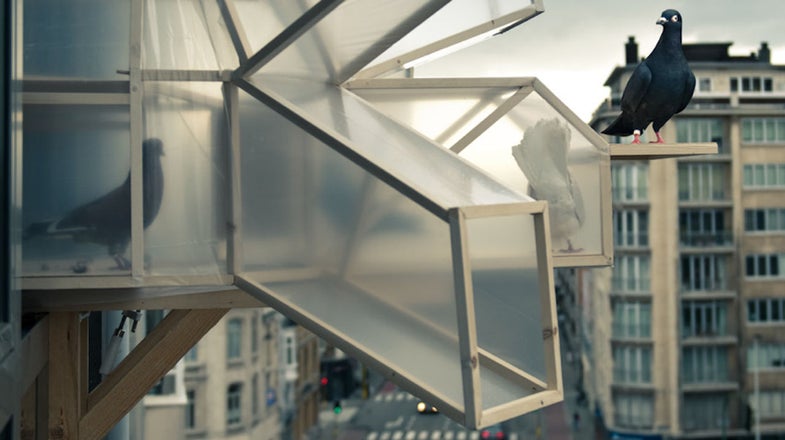 Shooting clay pigeons is a popular U.S. sport, appealing to everyone from President Obama on down. In Pennsylvania, the thrill of shooting flying clay out of the air isn’t enough for everyone. Some gun clubs have organized pigeon shoots, where live pigeons are used instead of clay targets. It’s legal there, but controversial. Showing Animals Respect and Kindness (SHARK), an animal advocay group in Pennsylvania, is now using drones to catch pigeon killers.

SHARK flies octorotor drones with videos camera attached. Dubbed “Angels” (because subtlety) SHARK’s drones have recorded people cleaning up after allegedly shooting pigeons in addition to allegedly disposing of dead pigeons (and burning tires, which is illegal for individuals, as there are health risks).

Why use drones and not just, say, a smartphone cam? Presumably because you can see a lot more when you’re buzzing around in the sky.

This isn’t the first time activists have used drones to support their cause. In Texas in 2012, for instance, a hobbyist’s drone outside of Dallas took pictures of a meatpacking plant that was dumping pig blood into a creek.

Not everyone approves of these tactics, though. Texas responded to the pig blood incident by passing a law that makes it illegal for hobbyists to use drones to photograph private property without the consent of the property owner. And in Pennsylvania, someone allegedly responded to one of the SHARK drones by shooting it down.