Your Dog Might Have Some Of Its Older Sibling’s Cells

A condition known as microchimerism, when an individual ends up with traces of someone else's genetic material, can happen in dogs as well as humans. 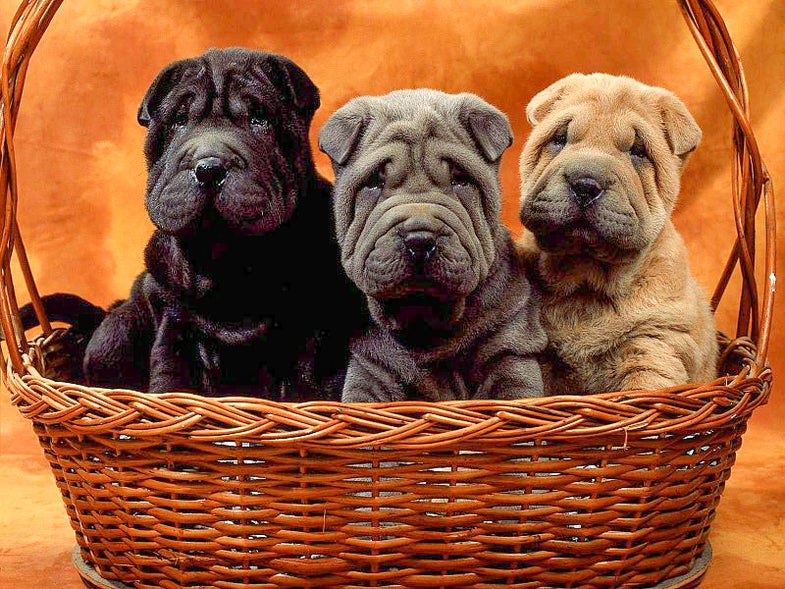 Here’s a mystery: A golden retriever gives birth to a litter of puppies. It’s not her first birth, and something’s weird about these adorable little pups: Though the entire litter is female, some carry Y-chromosomal DNA in their blood, normally present only in males. The explanation? Male cells from one of the mother’s earlier pregnancies stayed in her womb, eventually being passed on to the younger siblings of the dog they came from originally.

This type of thing happens in humans fairly frequently, and according to research from the University of Missouri’s vet school, dogs can get it, too. This means our canine companions could help scientists figure out how it works. For people, the condition, known as microchimerism, seems to play a role in autoimmune diseases like systemic sclerosis. Yet cells passed from a fetus to a mother in the womb might also play a protective role when it comes to other diseases like cancer and their presence has been shown to lower the rejection rates of some kidney transplants.

Identifying how microchimerism affects dogs’ susceptibility to disease could help us better understand the complicated effects these strange cells have in our own bodies. Humans and domestic dogs live in the same environments and get about the same types of cancer (at approximately the same rates), which make them a decent animal model to study. The researchers plan to continue tracking how microchimerism affects canine health.

The study appears in the journal Chimerism.